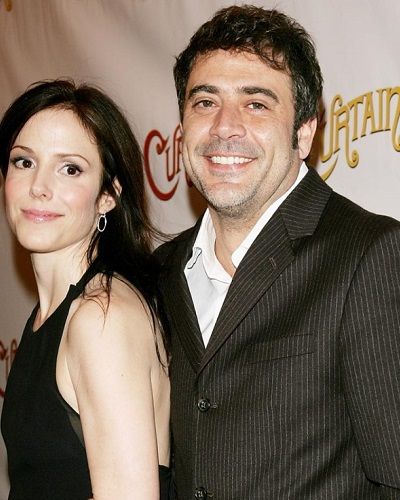 After that, her work includes Death Becomes Her, Sisters, A Woman Scorned, Red Show Diaries, Dead of Night, Just Shoot Me!, Veronica’s Closet, Shame, Shame, Shame and Wasted in Babylon.

Anya is the ex-wife of American actor Jeffrey Dean Morgan. Likewise, Anya and Jeffrey walked down the aisle on 30th May 1992. They got married in Las Vegas.

They were happily married for more than a decade. But their marriage did not work out. They divorced in the year 2003.

Who is Jeffrey Dean Morgan married to?

After getting a divorce from Anya, Jeffrey got engaged to his co-star Mary Louis Parker in the year 2007. But after a year they ended their relationship and called off their engagement in April 2008.

A year later, he started dating actress Hilarie Burton. They had a son in March 2010. In March 2018, they became parents to a daughter as well.

The couple walked down the aisle on 5th October 2019. At their wedding, they were surrounded by their costars from One Tree Hill, Supernatural, and The Walking Dead.

His wife revealed that they both were very fortunate to have made such strong bonds while on set. They were together for a decade they decided to get married in 2019.

Their marriage ceremony was officiated by Supernatural star Jensen Ackles, with a poem read by The Walking Dead alum Norman Reedus.

“I’ve been calling him my husband for years. I just am not a liar anymore. Sorry guys,”

“It was a really small … in a perfect world we would have rented out a football stadium and had everybody that we love, because we’ve been very very fortunate to have film families that mean a lot to us,”

“For years, publications have reported that we got married in 2014 or 2015 and that I’ve been married and divorced before. All untrue. But WE knew our truth. So it felt silly to try and correct anything.”

How much is Jeffrey Dean Morgan’s net worth?

As per Celebrity Net Worth, Jeffrey has an estimated net worth of $10 million. Similarly, he earns $200 thousand per episode of Supernatural. Also, he has worked in numerous TV series like Extreme, The Burning Zone, ER, Angel, CSI: Crime Scene Investigation, The Handler, Grey’s Anatomy, and many more.

Hilarie Burton is an American actress plus producer. She was seen in the lead roles in movies such as Our Very Own, Solstice and The List. Read more bio…

10 couples who are enjoying quarantine together
Tags : Actor Grey's Anatomy