As for her relationship status, the well-known YouTuber, Aphmau is in a marital relationship at this time. She has tied the knot with her long-term boyfriend, Jason Bravura.

Before that, she was in a living-in together with him and they married in the year 2012. After a certain time, they had three beautiful children. The names of their children are Joseph, Julia, and Jennifer.

Click here to know more about her relationship details. 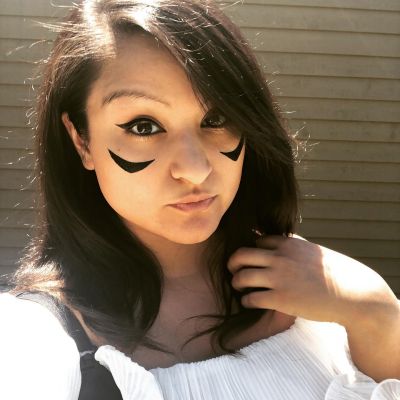 Aphmau is among the most famous American online gamer. Moreover, she is also a social media personality.

Also, she is also a gaming content creator on YouTube in which she primarily plays Minecraft, The Sims 4, Pixelmon, and also Spore on her channel.

Aphmau was born on October 16, 1989. At present, she is 31 years young star. Likewise, her birthplace is Houston, Texas United States of America.

Aphmau is the daughter of her father, Zack whereas her mother is Sylvana. She has an older brother as a sibling. According to her, she used to enjoy moving on living with her parents as she could get away from the hectic house after her parent’s divorce.

Talking about her nationality, she holds an American identity and her ethnicity is unknown. Besides, she follows the Christianity religion.

Since her childhood days, she used to be fond of playing online games. Regarding education, she has not revealed any details and information about her school, university, and educational institutions.

Talking about Aphmau’s professional life, he is a professional social media personality and a YouTuber as mentioned above. On July 12, 2012, she started her gaming YouTube channel ‘Aphmau’.

Amazingly, she has now over 2.79 million subscribers on it. In the beginning, she had initiated the channel together with her four friends. They are Calvin, Jason, Chris, and Cole. Ultimately, she and Jason were only left behind the channel and made it to the top and success of the channel.

Similarly, she has created gaming content and primarily Minecraft throughout these years. Also, it includes Minecraft videos from Roleplay to her very unique style of Minecraft Gaming videos. In regards to the views of the videos on her channel, she has more than 4.6 billion views.

Besides, Aphmau has her online merchandising brand selling cool accessories as well as apparel for men, women, and kids as well.

And, it seems as if the store has goods ranging from t-shirts to sweatshirts to hoodies. On top of that, she also operated this in collaboration with her husband, Jason.

It is reported that Aphmau has an estimated net worth of $7 million.

However, Aphmau has not disclosed her exact salary, earnings, and assets details till now. It seems as if the famous YouTuber can generate a great amount of income through her profession.

In addition, her primary source of income is probably her income through her YouTube channel.

Aphmau has never been part of any controversial matter or rumors till now. Also, she has been preoccupied with her professional and private life.

It seems that Aphmau prefers enjoying her personal life and does not want to merge it with her professional life.

She stands at a height of 4 feet 10 inches. Also, she has a balanced body weight but the exact weight is not available through any sources of information.

Other than that, she seems to be maintaining appropriate body structure with good weight as well as height. Furthermore, Aphmau has light brown eyes whereas her hair is black.

Nevertheless, Aphmau has never mentioned other physical details in the public yet.

Regarding her social media presence, Aphmau is an active personality on social media. Aphmau has more than 900k followers on her official Instagram account @aphmau_.

She is also active on Twitter with around @_Aphmau_ followers.

Moreover, Aphmau is also available on Facebook with nearly 98k fans and supporters.

What is the real name of YouTuber Aphmau? Know details of this YouTuber’s career and personal life!