Apollo Nida is a divorced man.

Previously, he was married to an American attorney, mortician, producer, and actress, Phaedra Parks. They tied the knot on November 1, 2009, after dating for some time. They first met in 1995 through a mutual friend.

However, their togetherness for several years came to an end when Parks filed for divorce from Nida in October 2014. After three years of legal war, they finally divorced on July 11, 2017.

Likewise, he has two boys Dylan Nida and Ayden Nida from Phaedra.

Currently, he is linked with a guy named Sherien Almufti, a realtor and real estate investor. Sherien is originally from Jordan. They keep sharing each other’s pictures in their respective accounts. He became engaged to Sherien Almufti in the year 2017. 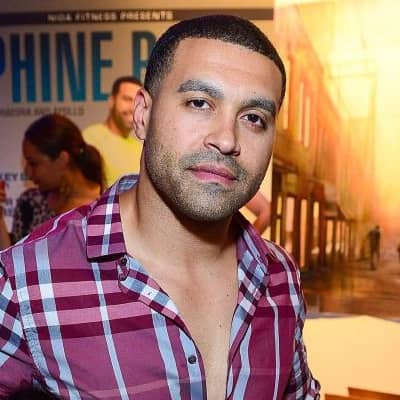 Who is Apollo Nida?

Apollo Nida is an American Celebrity Ex-Spouse and Television Personality.

He came into the limelight for being the ex-spouse of the American attorney, mortician, producer, and actress, Phaedra Parks.

Apollo had a mother named Katrina Toohey but his father’s detail is not revealed. Likewise, he has an elder sister named Everett Nida.

Apollo faced a hard-knock upbringing as he was from a poor family. Likewise, his mother used to get overdosed on heroin. He also faced racist attacks on him when he was small.

Moreover, he holds the citizenship of America and his ethnicity is mixed (German and Afro-American). His zodiac sign is Scorpio. Talking about his education, he is a high school graduate. After graduation, he worked as a car repo man.

Apollo Nida started his career as a car repo man. He was just an ordinary man till he met his ex-wife, Phaedra Parks. Apollo came into the limelight for being the ex-spouse of the American attorney, mortician, producer, and actress, Phaedra Parks. In the year 2008, he appeared in the show The Real Housewives of Atlanta along with his ex-wife.

Similarly, he also appeared in the Tv Series, Home & Family and Bethenny in the year 2012. Together with his ex-wife, he also started a fitness company called Phine Body. He also earns from brand endorsements.

Apollo has made quite a fortune for himself over his career on television shows. Likewise, he has an estimated net worth of around $400K as of 2022.

Moreover, his ex-spouse Phaedra Parks has a net worth of over $6M.

Nida was imprisoned on an 8-year sentence for bank fraud and identity theft in 2014. He was accused of cashing stolen checks and laundering over $2.3 million through fake bank accounts. He was officially released from prison in July 2018 and was sent to a halfway house.

Apollo looks no less than a handsome model. She stands at a decent height and moderate weight Likewise, she has an athletic body. He has black hair and dark brown eyes.

He has gained more than 63.6K followers on Twitter under the username @apollonida03. His Twitter is full of Croatian language. Besides this, he is not active on Facebook.