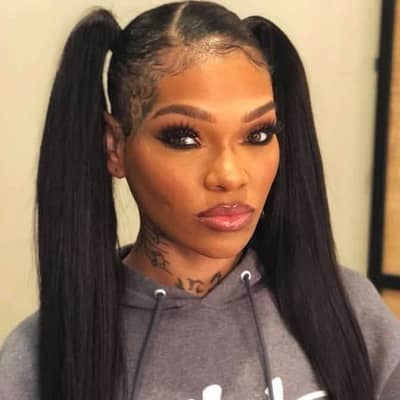 What is the relationship of Apple Watts?

Apple Watts is in a relationship with Maurice. There is no further information available about her relationship. It is not confirmed whether they are still in the relationship or not.

Who is Apple Watts?

She is an American model who has gained a strong Instagram fan base.

Watts was born on May 16, 1985, in the United States of America. As of 2022, her age is 37 years old. In terms of nationality, she identifies as an American. Jonelle Laftye Watts is her birth name.

She was born to her father John Watts, a writer, whereas her mother’s identity is not revealed yet. Other than that, there is no information about her siblings or other family members.

She joined Etiwanda School, graduated in criminal justice at EL Camino College, and then enrolled at UNLV College in Nevada.

Apple gained fame as a stripper, leading to a brief foray into pornography as Ms. Apple Bottom and appearances in several hip hop music videos, most notably Future’s “Wicked”.

When she was 21 years old, she began working as a stripper in Los Angeles. She appeared in a music video while she was a stripper for stars like Future, Chris Brown, Snoop Dogg, YG, etc.

She gained the fame after appearing in the fifth season of the reality television series Love & Hip Hop: Hollywood in 2018. She is also a singer. Her most well-known song is One in a Million.

Apple is considered The New Cardi B because she began her career as a stripper like her.

Watts has earned a hefty sum of money from her profession as a stripper. She has an estimated net worth of around $11 million, whereas her income and earnings are not determined yet.

Owing to her professional career, Apple is not involved in any kind of controversial news. She has maintained a distance between his professional and personal life and avoids unwanted scandals and rumors.

Apple stands at an average height of 5 feet 5inches and weighs approx 60kgs. She has a beautiful hourglass figure and an attractive body type.

Moreover, she has a pair of brown eyes and straight black hair.

Love & Hip-Hop star Apple Watts Hospitalized! What happened to her?