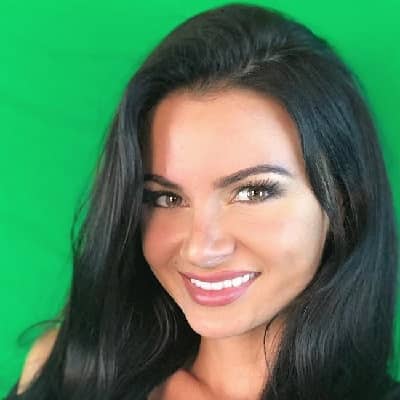 April Rose appears to be single. To date, she hasn’t been seemed with any guys neither in past nor in present. Besides, she has managed to keep her personal life extremely mysterious.

Who is April Rose?

April Rose is an American renowned model, actress, and writer. She is the winner of the 2018 MAXIM Hometown Hottie contest. The actress is best known for appearing in the films like Grown Up2 and The Bannen Way.

The actress was born on November 3, 1987, in Chicago, Illinois, U.S. Her full name is April Rose Haydock. The nationality of April is American and belongs to Caucasian ethnicity.

The details regarding Rose’s family haven’t yet disclosed in the media including her parents and siblings. Talking about Rose’s academics, she attended the Oakton Community College from where she received a certificate of emergency medical technician.

She has also received a cardiovascular technologist license in PCCTI in Chicago. Further, she is certified as a medical crisis counselor for RVA and already has worked with disabled children and adults.

Similarly, she becomes the cover girl for Maxim’s inaugural Canadian issue. In 2009, she made her debut on the big screen through the film, The Bannen Way where she portrayed the role of Veronica. In the same year, she appeared as an on-air contributor for Comcast SportsNet Chicago.

A year after, she appeared in the minor role in the television film Martin Short: Let Freedom Hum. From 2011 to 2014, she hosted the MAXIM weekly web series and she was also the writer of the series.

Furthermore, she has worked as an on-air contributor for a number of VH1 countdowns shows such as ‘I Love the 2000s’ and ‘Top 100 Hottest Rock Stars of All Time, Top 40 Hip-Hop of the 90’s’, and more.

Moreover, some of Rose’s creditable film and television shows are,

During her teens, she was sexually assaulted by a colleague at a party when she was 17 years old. Even she was bullied by police and doctors at the hospital too.

As per other online sources, Rose has an estimated net worth of around $1 million to $5 million throughout her profession as a model and actress. However, her yearly income, salary, and other assets are still under review.

The actress has an impressive body figure though she is already in her thirties. she stands at the height of 5 feet 9 inches tall. Likely her weight is around 57 kg.

Her breast, waist, and hips sizes are 33, 25, and 35 inches. She wears a 38c (US) bra cup size. Similarly, she has beautiful brown pair of eyes with brown hair color.