Posted by MarriedBiography Posted on August 9, 2020 | In Child , Married , Relationship
Share this 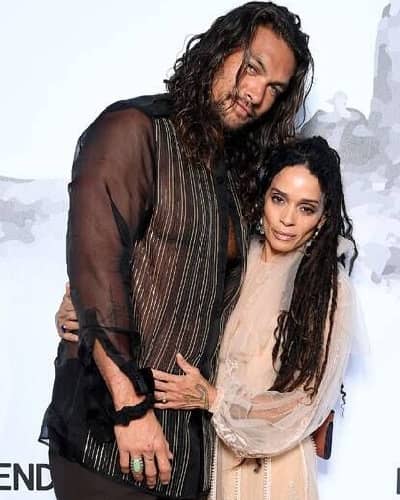 Aquaman Jason Momoa surprised his wife Lisa Bonet during this coronavirus pandemic by restoring her 1965 Ford Mustang. He captured the big reveal and uploaded it on YouTube titled, My Wife’s First Mustang. That car was bought by Lisa when she was 17 years old.

“I know we can’t relieve a memory, but maybe we can rebuild one,”

He brought the vintage car to Las Vegas’ Devine Customs. He captured the makeover from start to finish. In the video, we can see the Mustang being taken apart and put back together, as it transforms with brand new leather seats and a shiny jet black paint job.

“I never thought it would look like this. To be in this passengers seat with my wife here and surprise her and our babies in the back, riding in her first car from when she was 17? I’m excited to see her face.”

After that, we can see Lisa’s reaction as he carried her on his back to surprise her with the restored Mustang. She was taken aback by the transformed Mustang.

“I thought it would have stayed [a secret], but some a*shole leaked it, and I will find you. You know what, I’ve been married to my wife for 12 years. It’s just a gathering of our families and celebrating our love.”

How much is the net worth of Jason Momoa?

Jason Momoa and Lisa Bonet have a combined net worth of $14 million. Lisa has appeared in films like Angel Heart, Bank Robber, High Fidelity, Biker Boyz, and many others.

Her TV roles include in The Cosby Show, A Different World, Lathe of Heaven, New Girl, Girls, and many more.

Similarly, Jason has appeared in films and TV shows like Johnson Family Vacation, Road to Paloma, Wolves, Once Upon a Time in Venice, Justice League, Baywatch Hawaii, North Shore, The Red Road, Frontier and many more.

Jason Momoa is an American actor, model, director, writer, and producer. He is well-known to audiences as Khal Drogo in the Hit HBO series, Game of Thrones.

He played a lead role in the movie, Aquaman. Read more bio…

Lisa is an American actress, she is well known for her role as Denise Huxtable on the NBC sitcom The Cosby Show, which originally aired. Read more bio…

Are Sofia Pernas and Justin Hartley dating? Know about Justin’s divorce and their net worth
Tags : Actor Aquaman