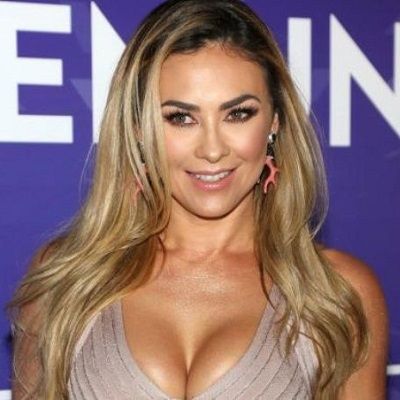 Aracely Arambula is not married. She is single at present. Similarly, she dated Luis Miguel from the year 2005 to 2009. They have two children together. First, they had a son Miguel born in 1st January 2007 and second son Daniel on 18th December 2008.

Who is Aracely Arámbula?

Similarly, in 2003, she was nominated at the Billboard Latin Music Awards in the categories of Best Album.

She was born on 6th March 1975 in Chihuahua, Chihuahua, Mexico. She is the daughter of Manuel Arambula(father) and Socorro Jaques(mother). Similarly, she has a brother named Leonardo Arambula.

Similarly, she belongs to Mexican nationality and her ethnicity is Mexican (French and Basque).

Talking about her education, she attended Centro de Education Artistica.

She began performing small roles in the telenovelas Prisionera de amor, Acapulco, cuerpo y alma y Canción de Amor. Similarly, during her third year of studies at the Centro de Educación Artística of Televisa, she received the opportunity to act in the telenovela Cañaveral de pasiones.

In the year 1997, Aracely Arámbula played the younger version of Veronica Castro’s character in Pueblo Chico, Infierno Grande. After that, she acted in telenovelas El alma no tiene color and Rencor apasionado, where she played her first antagonistic role. Similarly, she got her first starring role in the teen telenovela Soñadoras and then participated in Alma Rebelde.

Likewise, in the year 2013, she returned to telenovelas with La Patrona, produced by Telemundo and Argos, where she shares credits with Christian Bach and Jorge Luis Pila. Similarly, she has recorded two songs for La Patrona. The songs are La patrona, and Juntos tú y yo.

She has the estimated net worth of $11 million. Similarly, she might earn a huge amount of money from her career but she has not revealed her salary and incomes.

Aracely Arámbula has a height of 5 feet 7 inches and her weight is around 55 kg. Similarly, she has blonde hair and green eyes. Her body measurement is 35-24-35 inches.