Tall and handsome Ari Boyland has managed to keep his personal information so secret that nothing relating his past and present affair status is published. It seems like he is sharpening his strength and skills to make his all dreams come true. According to our record, he is single. 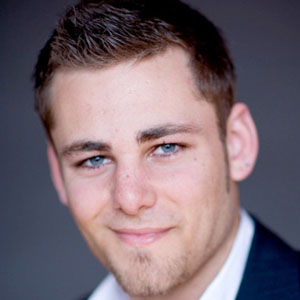 Who is Ari Boyland?

Ari Boyland is a New Zealand actor. He is extremely prominent for his role in “The Tribe”, “Shortland Street “, and “Blood Punch”. He is a hard-working person and has made a recognizable position in an acting field.

Ari was born to Oceania parents on 10 August 1987, in Lower Hutt, New Zealand. His nationality is New Zealand and belongs to Oceania’s ethnicity.

There is no more information available about his parents and siblings.

Nothing is published about educational background.

Ari made his professional acting debut in the year 199 and appeared in a T.V series titled “The Tribe”. He was associated with the same show until 2003 for which he received huge positive responses and reviews from fans and viewers.

He made his film debut in the year 2004 and appeared in a film titled “You Wish!” as ‘James Cooper’. From 2010 to 2011, he starred as ‘Brodie Kemp’ in a T.V series titled “Shortland Street” and was highly popularized among viewers. He also appeared in several low-rated films including “Joker’s Wild” and “Mesmerized “.

In 2011, he worked as a voice actor in a film titled “Power Rangers Samurai”. His last role was of ‘Yuppie’ in the 2015 film titled “Bus Driver” and hasn’t appeared in any films and series since then.

Ari Boyland: Salary and Net Worth

Currently, there no drastic rumors regarding Ari’s personal and professional life. It seems like he is doing the best job without harming others for which he hasn’t been a part of desperate controversy yet.

Ari has a height of 5 feet 9 inches. He has brown hair and blue eyes.