Ari Lennox is possibly single. She hasn’t yet introduced anyone as her boyfriend or lover in the media. 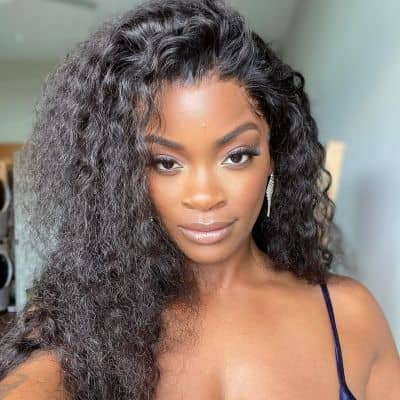 Who is Ari Lennox?

Ari Lennox is an American R&B singer and songwriter. She is the first female artist who signed to J. Cole’s record label, Dreamville Records.

Ari was born on the 26th of March 1991, in Northern Virginia. Her birth name is Courtney Shanade Salter however, she is best known by her stage name Ari Lennox.

Ari has six siblings. She hasn’t yet disclosed her parent’s identity in the media. Also, her academic background is under the curtains.

Further, she holds American nationality and she belongs to Afro-American ethnicity.

Similarly, he independently released her single, “Bound” in 2014. She was also featured on Omen’s album “Elephant Eyes” on the track “Sweat it Out”.

On December 8, 2015, she was signed to Dreamville Records. She collaborated with Cozz in an album, Revenge of the Dreamers II, on the track “Backseat”. Furthermore, she appeared on J. Cole’s song “Change”, and performed as an opening act on 4 Your Eyez Only Tour during 2017.

She has guest featured on two songs with her labelmates, EarthGang on “Nothing but the Best” and Bas on “Icarus” in 2018. On May 12, 2019, she began her first tour and ended on June 14 in her hometown Washington, D.C.

In 2020, she released multiple singles including “Bussit”, “Chocolate Pomegranate”, and a cover of ” If You Want Me to Stay”.

Ari might have accumulated a decent amount of fortune throughout his acting profession. However, she hasn’t yet revealed her exact net worth, salary, and other earnings in the media as of 2022.

Ari hasn’t been part of any sorts of rumors and controversy that could hamper her personal and professional life.

Ari stands at the height of 5 feet 5 inches tall and her weight is about 63 kg. Likely, she has a black afro hairstyle and has a dark brown pair of eyes.

Further, she has tattoos on her right arm.

She has also a self-titled YouTube channel with over 501k subscribers.