Spanish actress Ariadna Gil is a mother of two. 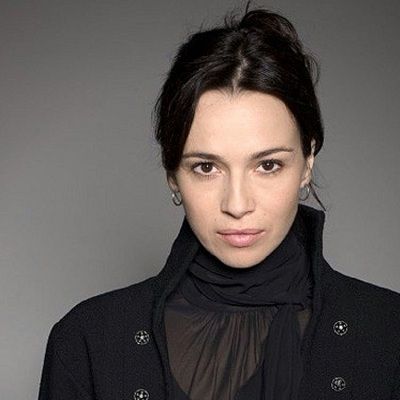 Ariadna Gil is in a relationship. She started dating actor, Viggo Mortensen, in 2009 and they continue to remain a couple even today.

Gil and Mortensen are often spotted catching hands and walking in New York. The couple, however, lives together in Madrid.

However, previously Ariadna was married. In 1993, she married the director, writer, and actor David Trueba.

The couple also had two children: Violeta Rodriguez and Leo Trueba. In 2008, the two decided to divorce.

Who is Ariadna Gil?

Ariadna Gil is a Spanish actress. She is famous for her energetic acting in films such as Belle Époque or Lágrimas Negras.

Her movie, Lola was a big hit which released in the year 1986.

She was born on 23 January 1969 in Barcelona, Spain. She is 52 years old. Her father’s name is August Gil Matamala, who is a reputed lawyer and jurist in Spain.

Details about her mother are not disclosed.

She belongs to Spanish nationality and her ethnicity is also Spanish. She loves football and is a huge fan of her home team F. C. Barcelona.

There is no more information about her education, school/college university. However, she was educated in singing, dancing, and playing the violin.

Moreover, she also learned to act in a local theatre company after which she started doing TV shows.

In 1986, film director Bigas Luna discovered Ariadna Gil for the movie Lola. She took part in a movie exclusively in Spanish in 1991, after 4 films primarily in Catalan, though also with the presence of Spanish and French.

Emilio Martínez Lázaro’s Amo tu cama rica 1991, and has gone on to play in a myriad of films and series in Catalan, Spanish, French, and English, among other languages.

She was later seen in Don Juan (1999) and Camera Obscura (2000). In the early 2000s, she went on to act in several Spanish and Argentinian movies. The most famous of her films from this era were Nueces para el Amor (2000) and Soldados de Salamina, both of which earned her Best Actress awards at different film festivals.

In 2006, she starred in the superhit film laberinto del fauno/Pan’s Labyrinth. Her next major role was in Agustín Díaz Yanes’s 2008 film ‘Solo quiero caminar,’ which gained her two film award nominations. In the early 2010s, though Gil starred in over six movies, she took a break of three years after her 2014 release ‘L’altra frontera’.

Gil returned to the large screen when she starred in the thriller Zona hostile in 2017. More recently, she was seen as a reappearing character in the series Aquí en la Tierra.

Her current projects include the TV series Gods of Medicine, which is assigned to be released toward the end of 2018, and the romance film Apropierea.

Her next leading role was in Agustín Díaz Yanes’s 2008 film ‘Solo quiero caminar,’ which earned her two film award nominations.

Gil has spent more than three decades plying the trade and is one of the best in Spain. Her net worth is estimated at $8 million.

She made her affluence mostly from her acting career.

The Internet is buzzing with rumors that the 49-year-old actress could be cast as the female attends opposite Daniel Craig.

Ariadna Gil is 5 ft. 8 in tall. Her hair color is black and her eye color is brown.

There is no more information about her weight.