There are rumors going on Ariana Grande is dating Mikey Foster. The rumored couple collaborated for the music video “Boyfriend” in August. Though none of them have confirmed and neither denied the rumors, they step outdoor together. Recently, the pop star went out with her rumored boyfriend with arm-in-arm.

The two collaborated for the music video “Boyfriend” and Foster went along the Grande’s 2019 Sweetener World Tour. People started speculating that they may be dating after the tour and collabs. Meanwhile, on Instagram Foster publicly adores the singer and shows his respect. In February, he posted Grande’s snap while she was on the computer with the caption:

“This what I be talkin bout. Hard work is what get u there. This girl got the all the records n chart love n she in here working after 2am doing her own edits n shit n making sure her shit is right.”

Meanwhile, on her birthday in June, Foster posted a photo of her while she was a baby with the adorable caption including a blue heart emoji which reads:
“Ur one of the most incredible people the universe has to offer. I hope this year offers u nothing but the joy u deserve. Love u. happy birthday”
Back in September 2019, Grande’s brother accidentally talked about a “double date” with his boyfriend, his sister, and Foster. However, he tried to clarify the two are yet not dating and just hang out as friends.

Ariana and  Mikey Foster on Disneyland

The rumored duo walked hand-in-hand on Disneyland together. On the other hand, one of the sources revealed they are dating since June. The snap shows the two holding hands while they were walking in the park with their friends. The singer who claimed she is single to Vouge this summer gave the fuel to their dating rumors. She was on an oversized hoodie and sky-high heels with arms-in-arms walking with Foster as they were chatting.

However, they have neither accepted nor denied the rumors of their relationship. Meanwhile, they are stepping outdoors together and also make an appearance on each other’s social media.

Ariana Grande is an American singer and actress. She is best known for portraying the character Cat Valentine on the Nickelodeon sitcom “Victorious” before getting a big break in the music. Her hit songs include One Last Time, Problem, Bang Bang, etc. See more bio…

You may also read- Are Jana Kramer And Mike Caussin Going For The Divorce? Rumors Of Their Split

Eminem performs at this year’s Academy awards function after 17 years! Know the reason why?
Tags : Singer 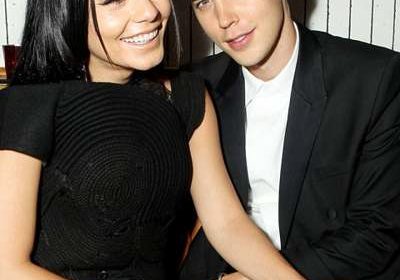