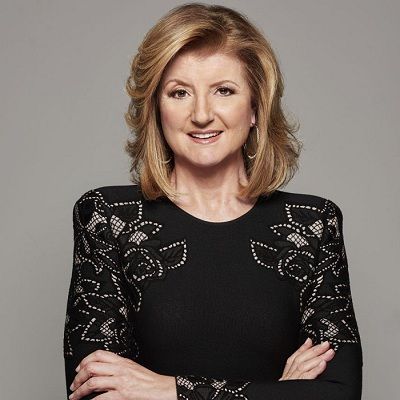 There is a purpose to our lives even if it is sometimes hidden from us, and even if the biggest turning points and heartbreak only makes sense as we look back, rather than as we are experiencing them

We need to accept that we won't always make the right decisions - understanding that failure is not the opposite of success, it's part of success

[Regarding her political transformation] "When I was a Republican, Saddam Hussein was our ally, George Bush owned a mediocre baseball team, Enron was a respected energy company and Michael Jackson was still black".

Previously, she was married to Michael Huffington on 12 April 1986 knowing that he is bisexual.

She has two daughters Isabella Diana Huffington and Christina Sophia Huffington, from her marriage to Michael Huffington.

Before Michael, she was in a relationship with Bernard Levin.

Who is Ariana Huffington?

Arianna Stassinopoulos Huffington is the Founder of The Huffington Post, Founder, and CEO of Thrive Global.

She has been named one of Forbes’ Most Powerful Women. Similarly, Time Magazine has listed her as one of the World’s 100 Most Influential People.

She is also an international bestselling author.

Arianna Stassinopoulos was born on July 15, 1950, in Athens, Greece, to Konstantinos Stasinopoulous and Elli Georgiadis-Stasinopoulous.

They are of Greece-American origin.

Arianna finished her graduation with Honors in Economics from Girton College, Cambridge.

Later, she completed her Master’s Degree in 1972 with Honors in Economics from the University of Cambridge, Cambridgeshire, England.

Before 2003, she was a supporter of Republicans. In 2003, she was an independent candidate for the 2003 recall election. Eventually, on September 30, she dropped out. However, since 2004, she has been with the Democratic Party.

She is a blue-eyed blonde. Her height is 5 feet 10 inches.

The F.R.I.E.N.D.S alum Jennifer Aniston Take on Morden-day Friends, It would just be the gang on their phones!!