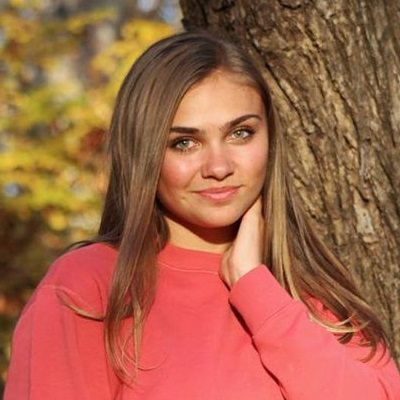 Ariana Lee Bonfiglio is an unmarried woman. However, she has already found the man of her dream man. Her boyfriend is non-other than the TikTok star, Robert Carroll. Also, he is a bodybuilder.

The couple has been dating each other before coming to the social platform. Till the date, they have not shared their dating story with the public.

Who is Ariana Lee Bonfiglio?

American Ariana Lee Bonfiglio is a TikTok Star. She is renowned for her lipsync videos that went viral on the web.

Also, she is an Instagram Star and YouTuber too.

Ariana Lee Bonfiglio was born on the 15th of July 1999 in Grass Valley in Califonia. Also, her zodiac sign is Cancer.

Till the date, she has not shared any details on her mother and father.

She has two siblings including a sister, Analeese, and a brother, Geno. They are of Italian ethnicity.

Talking about her educational background, she graduated from Marysville High School. Later, she attended college to be an elementary school teacher.

Back in 2018, Ariana Lee Bonfiglio started making videos for TikTok as a way to be connected with her friends and family members. Her first video featured her boyfriend, Robert Carroll with the caption My Love. The video had more than 53k plays and 9k likes. After that, she started getting hang of it.

Later, she started uploading other content too. Most of them include lip-syncs and slow-motion videos. With such content, she started earning more and more viewers. Moving forwards, her TikTok account is flooded with more and more followers and likes.

In the current date, she has more than 11.1 million followers, and 545.8 million likes turning her TikTok celebrity. Apart from TikTok, she also started gaining more and more followers on Instagram too. Through the post, she shares some beautiful moments of her life with her followers.

Besides that, she is also expanding her career as a YouTuber too. She started the channel in July 2018. However, she started posting videos on the 6th of March 2019. As of  July 2020, she has uploaded only four videos on the channel and has around 51.5k subscribers.

Besides that, through her YouTube channel, she makes in the range of $32 to $508. Apart from that, her Instagram posts are also a major source of her income.

As of now, she has managed to maintain her dignity as a social media star. Till the date, she has not been through any sort of controversy and scandals that created a buzz in the media. Also, there are no rumors linked with her.

However, being a social media star is not an easy task. Time and while, she has faced various critics but not responding to such negatively have always been the way to tackle it.

Ariana Lee Bonfiglio is a hazel-eyed brunette. She stands at a height of 5 feet 6 inches and has a decent weight.

Also, she has self-titled YouTube channel with over 51.5k subscribers and more than 178k views.

You may also read the bio of Jackson Mecham, Manny MUA, and Mariah Weaver.