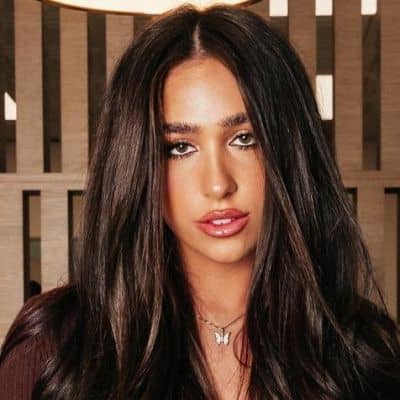 Who is Ariana Zolciak Biermann Dating?

Reflecting on her personal life, Ariana is currently dating a guy named, Hudson McLeroy. The precise date on when and how they started seeing each other is yet to be revealed.

Previously, she dated, Collin Lipman in 2017, and was seen posting pictures along with her partner, Collin.

Nonetheless, Biermann’s other past relationships and affairs have not been shared with the public yet.

Who is Ariana Zolciak Biermann?

She is well known for being the daughter of Kim Zolciak, along with her former husband, Daniel Toce.

Recently on 14 August 2022, She was arrested and taken to Forsyth County Jail in Georgia, for “DUI – Driving under the influence of alcohol” along with her boyfriend, Hudson McLeroy.

The beautiful star was born on October 17, 2001, in Atlanta, Georgia, the United States. As of 2022, Ariana is 20 years old holding an American nationality. Similarly, her ethnicity is Caucasian and according to the astrological chart, her birth star sign is Libra.

Talking about her parents, She was born to her father, Daniel Toce, and mother, Kim Zolciak. Her mother, Kim is an American television personality and singer.

Moreover, She has an elder sister named, Brielle. As per her academics, she completed her high school in one of the high schools in her town.

Ariana has appeared in the reality series, Don’t Be Tardy which premiered on 26 April 2012. The series is about her daily lifestyle and her sister and parents.

However, she has been in the limelight for being the daughter of her mother, Kim Zolciak.

Kim made her television debut appearing on the reality television series The Real Housewives of Atlanta on October 7, 2008.

Between seasons four and five, Zolciak and her then-fiancé were the subjects of a spin-off show, Don’t Be Tardy for the Wedding.  She left the show in the middle of the fifth season. Her final episode aired on December 9, 2012.

Kim also competed in the 21st season of the dancing competition show Dancing with the Stars. In September 2015, she had a transient ischemic attack due to which she left the show.

She made her music debut in 2009, releasing the dance track “Tardy for the Party“. In May 2016, Zolciak launched a line of skin-care products called Kashmere Kollections. Later that year, she began working on a perfume called Kashmere

According to Celebrity Net Worth, Ariana’s net worth is estimated to be about,  $300 thousand. Though, her salary and income have not been disclosed yet.

While she was 17 years old, Ariana was trolled all over the internet for her weight gain.

Recently on 14 August 2022, She was arrested and taken to Forsyth County Jail in Georgia, for “DUI – Driving under the influence of alcohol” along with her boyfriend, Hudson McLeroy.

Though she denied the allegations, she got arrested and has been released on a $5120 bond.

Stunning model Ariana has an attractive body structure and an applauding fashion sense. She is 5 feet 3 inches tall while she weighs around 51 Kg.

Adding up more, Biermann has a pair of brown eyes and hair of the same color as well.

On the other hand, her Twitter account has garnered around 88.2K followers. There is also an official Facebook page under her name, which has about 1.3K followers.

Besides these, She owns a Tiktok account, that is enriched with more than 275.5K followers and 4.4 million likes.

Ariana Biermann Arrested on Suspicion of Drinking and Driving!

Kim Zolciak’s recovery post-stroke, her advice to her fans and her family life! Click to know on it!