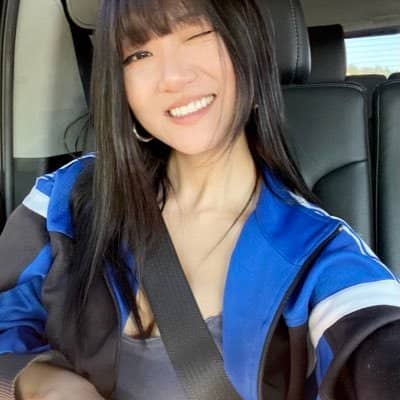 Even though, she is tight-lipped when it comes to talking about her personal details, she has shared her love life with her fans. This Twitch star was in a long-term relationship with her high school partner but separated due to her partner’s jealous nature.

AriaSaki is a Canadian Gamer, YouTuber, Cosplayer, and Twitch Star. She is popular for her gameplay and unique cosplays. AriaSaki is an accomplished Youtuber with over 197K subscribers.

Similarly, she is a Twitch Star with over 602K followers.

AriaSaki was born on March 31, 1994, in Vancouver, Canada. As of 2021, she celebrated her 27th birthday. Her real name is Aria Saki and she is also called Angela Don.

Likewise, she hasn’t revealed many details regarding her parents and other families. However, she was born to Vietnamese parents and her father was a police department officer and her mother was an employer at the local supermarket. She grew up with her younger sister watching anime and cartoons. Similarly, her dad gifted her a Nintendo while she was young and she used to play pokemon games.

She holds Canadian nationality and her ethnicity is Vietnamese. Her birth sign is Aries.

AriaSaki is mainly a Youtube content creator, Streamer, and gamer. She launched her Youtube channel on June 26, 2014, and has made her career from it. Her channel is famous for its content of Gaming, and funny video complications. She often plays games such as “Apex Legends”, “Back 4 Blood” and “League of Legends.” She posted her first video on February 17 2017 titled “Lily’s new POMERANIAN PUPPY, TEMMIE ! | Aria Vlog” and gained huge attention from it. She continued to upload more videos day by day.

In a short amount of time, she became a success to add more subscribers to his youtube channel day by day. She is most popular for his gaming videos. Currently, he is already a youtube personality with over 197K loyal subscribers on her ‘AriaSaki’ channel. Her videos have gained outstanding publicity. Her overall videos have succeeded to attract attention from more than 9.5 million people. As of 2021, she has uploaded several videos of Games and good content. Up until now, she has around 197K subscribers and 9,592,423 views on her personal youtube channel.

Furthermore, she also has a twitch account. She often Plays games such as “Apex Legends”, “Back 4 Blood”, “Valorant”, “Pokemon’, “Revived Witch”, “RollerCoaster Tycoon 3”, and “Apex Legends” among others. After all her streams, she is a Twitch Star with over 602K followers.

Speaking on her income, she makes a decent sum of money through her successful youtube career and Twitch’s presence. She has an estimated net worth of around $1M.

Her earnings are influenced by her youtube channel and Twitch Streams. Likewise, she has gathered around 197K Subscribers.

AriaSaki is living a peaceful life with no rumors and controversies.

She is an attractive girl with great charm and personality. She stands with a height of 5 feet 3 inches and weighs around 52 kilograms. Her body measure is 34-24-34 inches. She wears a shoe size of 5 (US). Her hair color is dark brown and her eyes are brown. However, she usually dyes her hair in different colors.

Similarly, she has gathered around 197K Subscribers on his Youtube. Moreover, she is also active on Twitch with over 602K followers.