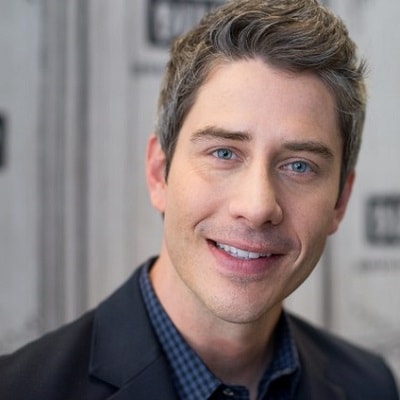 Arie Luyendyk Jr. is a married person. He has been married to fellow The Bachelor contestant Lauren Burnham, who was the runner-up of the show. The couple tied their knot on January 12, 2019, in Haiku Mill, Hawaii. They got engaged on March 6, 2018. The couple welcomed daughter Alessi Ren Luyendyk on 29 May 2019.

Previously, Arie had dated Rebecca “Becca” Kufrin, season 22 ‘The Bachelor’ winner. He and his girlfriend got engaged on the show in the fall of 2017 but the pair soon split in January 2018 and Kufrin got engaged to Garrett Yrigoyen.

Who is Arie Luyendyk Jr.?

He was born on 18 September 1981 in the Netherlands. His mother’s name is Mieke Luyendyk and his father’s name is Arie Luyendyk, a two-time Indianapolis 500 winner.

He has three siblings- younger twin brothers Alec Luyendyk and Luca Luyendyk and a sister Maida Luyendyk. His family moved to the United States when he was 3 years old.

Arie holds American citizenship but his ethnicity is unknown.

He started racing karts at the age of 11 and his passion for racing drove him to race in Formula Ford competition with Sports Car Club of America club at the age of 16. He raced in American junior formulae such as U.S. Formula Ford 2000 Championship, Skip Barber Formula Dodge series, etc.

Moreover, Arie Luyendyk Jr. has competed in Formula Continental class in 2001 and finished in the third place. Likewise, he worked as the driver analyst for Versus broadcasts of Indy Lights races. Currently, Arie works as a real estate broker for RE/MAX.

He made a comeback in 2017 as a contestant in the 22nd season of The Bachelor. In addition, his other TV appearances include the 17th season of ‘The Bachelor’, ‘Hell’s Kitchen’, and many more.

He was placed second in the competition, losing to Jef Holm in during his competition in the eighth season of the reality show The Bachelorette.

Arie has been successful in keeping himself far from rumors and controversies in his personal and professional life.

Arie Luyendyk Jr. has a height of 6 ft. 2 inches and weighs 80 kg. He has blue eyes and black hair. His shoe size, dress size, etc. are not available.

‘The Bachelorette’ Alum Michael Nance died at the age of 31! Click to know more about him