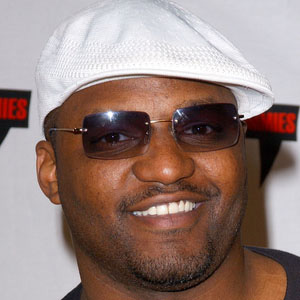 To sustain longevity, you have to evolve

There's got to be structure and great comedy. When you start with that, everything else falls into place

The best part about being a stand-up is the connection with the audience. There's nothing more gratifying then when you can make 300 people applaud and stand up - because that's all you.

What is the relationship of Aries Spears?

Aries Spears is single. Even if he is in a relationship, he has not revealed anything about his affair. Previously, he was a married man. He was married to Elisa Larregui. The couple tied the knot in 2010. But four years after their marriage, they started having differences. They divorced in the year 2014. They have a son, Jordan Spears. After the divorce, fully legal and physical custody of their child is with the mother.

Who is Aries Spears?

Aries Spears was born on April 3, 1973, in Manhattan, New York City, U.S. Spears was born in Chicago, IL and moved to New York when he was a year or two old. His mother, Doris Spears, is a jazz singer. There is no information about his father. Spears moved to New Jersey at age 11 and attended Arthur M. Judd Elementary School.

Aries Spears started her career by doing film and TV roles. Spears’ first television appearances were on “Russell Simmon’s Def Comedy Jam”, followed by its Showtime at the Apollo (1987). He moved to Los Angeles in 1992, landed a recurring role on A Different World (1993) and became a regular at “The Comedy Store”, “The Improv” and “The Laugh Factory”. Other television credits Crosstown Traffic, “The Adventures of Brisco County, Jr.” (1993) and “Soul Train”

MADtv, Spears joined the cast of MADtv during is 3rd season in 1997, and he left at the end of the end of its 10th season in 2005. During his stay, he created characters such as comedian Belma Buttons (co-host of fictional BET show “Reality Check”), Dollar Bill Montgomery (a host of an urban parody of politically Incorrect called “Real **********ing Talk with Dollar Bill Montgomery”), James Brown Jr. (co-host of Cabana Chat), and controversial rapper Emcee Esher. He is well known for his impressions of celebrities, including rappers Jay-Z, LL Cool J, DMX, and Snoop Dogg and actors Robert De Niro, Al Pacino, Sylvester Stallone, Denzel Washington, Eddie Murphy, and Arnold Schwarzenegger, as well as Fellow comedian Paul Mooney.

After MADtv, Spears appeared on a 2nd-season episode of Mind of Mencia, which parodied Jamie Foxx’s role in Kanye West’s music video for “Gold Digger”. He also appeared in the 2006 movie Hood of Horror. Spears performed in the TV series The Underground and voiced the character Wizard Kelly in the animated television series “The Proud Family”.

Aries Spears appeared in the Covino and Rich radio talk show and criticized rapper Soulja Boy Tell’Em. He challenged Soulja Boy Tell’Em to a rap battle, claiming he would win easily. Spears also appeared in two episodes of Frank Caliendo’s sketch comedy show Frank TV as Shaquille O’Neal. Spears has signed with Fab Vision Network, starring as host of his new show “The Underground”, which is shot in Columbus, Ohio. The show was due to start broadcasting in September 2010.

He appeared alongside Cedric the Entertainer and other comedians in the All-Star Comedy Jam in 2009. Spear’s 2011 stand-up comedy special Aries Spears: Hollywood, Look I’m Smiling was on Showtime.

Aries Spears Got Into Heated Argument because he was repeatedly punched In the Head During radio interview which became the huge kind of rumor and controversies in the media.

Looking at the Aries Spears physical appearances he looks kinda fat and his height measures 5 feet 8 inches and weighs 97 kg. He has black hair color and dark brown eye color.

This is how Lizzo Responded to Comedian Aries Spears’ Ruthless Fat Shaming Comment!

Lizzo Gets Emotional as She Delivers her Winning Speech at the Emmy Awards!