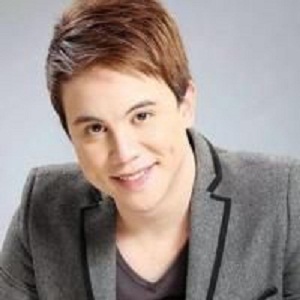 Arjo Atayde is in a relationship. He is dating a girl named Maine Mendoza.

Recently in May  2019, Maine met Arjo’s family. She met them during dinner time and stayed from 6 pm till 10 pm.

Previously, he has been in the relationship with Akiko Solon from 2012 to 2013.

Who is Arjo Atayde?

He is at present doing a TV show Ipaglaban Mo!

He was born on November 5, 1990, in Manila, Philippines. He belongs to Asian ethnicity.

His father is Arturo N. Atayde and his mother is Sylvia Sanchez. He was raised along with his three siblings named Ria, Gela, and Xavi.

Arjo Atayde made his professional acting debut T.V debut in the year 2001 and appeared in a T.V show titled “Ang TV”. He was associated with the show until 2002 for which he was able to collect huge positive responses and reviews from fans and viewers.

Since then, he disappeared from T.V and appeared after eleven years in a show titled ‘Maalaala Mo Kaya” as ‘Richard Abaño’ for which won ‘PMPC Star Awards for Television’ and was nominated for some awards in the different category.

In 2013, he starred as ‘Rafael de Lara’ in a T.V series “Dugong Buhay” for which he won ‘PMPC Star Awards for Television’ in the category of ‘Best Drama Supporting Actor’. From 2015 to 2017, he was associated with the show “Ang Probinsyano”.

Currently, there are no drastic rumors regarding Arjo’s personal and professional life.

It seems like he is doing the best job without harming others for which he hasn’t been a part of desperate controversy yet.

Arjo Atayde has a height of 6 ft and his weight is average.

He has dark brown eyes and has black hair.

Sammie Rimando: her new boyfriend, her relation with his family and her budding career! Click to know more!