Arne Naess had a history of multiple romantic relationships.

In 1966, Naess married his first wife from Sweden, Filippa Kumlin d’Orey. They together had a son Christoffer and two daughters, Katinka and Leona Naess.

One of his daughters, Leona is a popular pop singer. However, their marriage did not go much further and they divorced.

After his divorce, he had a romantic relationship with Norwegian actress Mari Maurstad. However, they broke up due to some personal problems.

Then, Arne met American singer Diana Ross in 1985 while they were on a trip to the Bahamas. Eventually, They transformed their met-up into a marriage in 1985.

After parting with Diana Ross he later married Norwegian-born Camilla Astrup. The couple was very happy and the happiness remained till 5 years long as he died during his mountaineering journey. Furthermore, they welcomed the boys Nicklas and Louis. 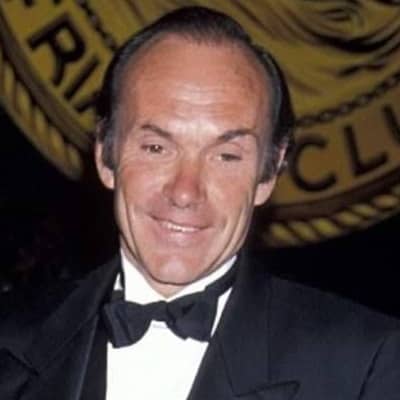 Who was Arne Naess Jr?

Arne Naess Jr was one of the very known and followed people. He was a Norwegian Businessman, Shipping Magnate, Mountain Climber, and Author. Furthermore, he has won the Laureus Lifetime Achievement Award during his successful career.

In addition, he was also popular as the second husband of Diana Ross.

His father August Oskar was a German physician. His family lived in Germany at the time of World War II.

After the war was over, his parents divorced and Næss migrated to Norway along with his mother. He also had an uncle named Arne Dekke Eide Næss who was a Norwegian Philosopher.

He was of Norwegian nationality but his ethnicity is unknown. His birth sign was Sagittarius.

He started his journey as a mountaineer when he was just 17. However, his long-term journey ended on 13 January 2004 at the age of 66 years old.

At the time, he was returning from a peak on Rupert’s estate in the Groot Drakenstein mountains near the town of Franschhoek outside Cape Town, South Africa. He died when his anchoring equipment loosened and he fell 300 feet down.

Arne Naess started his career in early 1964 after he moved to New York. In New York, he worked for his uncle Erling Dekke Næss who was a shipping magnate and huge businessperson. He gained experience and working skills with his uncle.

After working there for 4 years straight, he started his own business in London where he became successful in shipping and real estate. He invested in an IT business, Tandberg Data, and various other real estate investments where he enjoyed his success.

By age 19, he already had already made some of the difficult climbs. In the 1970s, he returned to mountain climbing.

He has also climbed the world’s highest peak in the world, Mount Everest located in Mahalangur, Nepal. In addition, he published a book titled, The Monastery of the Golden Moon in the year 1992.

We can assume that he had a decent amount of money why not he had been earning 6 million per year and had an estimated net worth of around $600 million.

At the time of his death, his shipping empire was worth $600 million.

After some time of his demise, In May 2004, Arne was reputedly awarded the Laureus Lifetime Achievement Award.

There were no rumors or controversies about him when he was alive. This Mountaineer was focused on his career rather than stuck in any sort of controversy that hampered his profession.

Arne Naess had Dark Brown eyes and Black color hair. Besides this, his other body measurements, height, weight, Shoe size, etc are still under review.

Click on the link below to get info about Evan Ross, Diana Ross, and Ueli Steck !!

What happened to Arne Naess Jr?

What does Ross Naess do for a living?