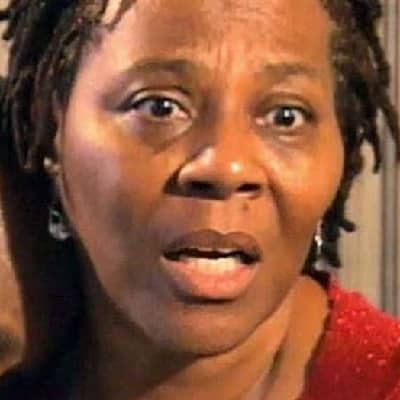 Arnett Simmons was married to Joe Barker. Both of them were teenagers when they gets married. She has 3 children named Bonita Simmons (Older daughter), Shayla Simmons (daughter), and Earl Simmons (Younger son).

She gave birth to Earl at the age of 19. Arnett already had two daughters before having her son and Bonita is already 2 years old. She also gave birth to another son who died at birth. After Earl’s birth, Arnett cut off almost all of the contact from Joe as he didn’t want to keep the baby.

Who is Arnett Simmons?

Arnett Simmons has gained popularity as a celebrity mother. She is the mother of the late rapper Earl Simmons aka DMX.

Arnett came into the limelight of the media as the mother of DMX. Her early life, birth date, and other personal details are not available in the media. Further, her nationality is American and belongs to the African-American ethnicity.

Her son, Earl Simmons was a renowned rapper and actor from the United States. He was the fifth Best-Selling Rap Artist of the Nielsen SoundScan era in America. During his childhood, he suffered from bronchial asthma. His mother, Arnett as well as some of her boyfriends used to beat him up so bad that he lost teeth and sustained cuts and bruises on his face. He spent his childhood days in a Children’s Home.

Earl stepped into a music career in the early 90s. He made his career breakthrough in the rap mainstream with his debut album, “It’s Dark, and Hell is Hot” in 1998. The album peaked at number one on the Billboard 200 chart and sold more than 5 million copies.

Earl was engaged to Desiree Lindstrom before his death. Previously, he was married to Tashera Simmons from 1999 to 2014. From their marriage, they had four children named Xavier, Tacoma, Sean, and Praise Mary Ella.

Despite his marriage, he has multiple extramarital affairs. He is the parent of at least two children which is confirmed through DNA testing. The first one was born to Monique Wayne in 2004, and the second to an undisclosed woman in 2008.

On the 9th of April 2021, the rapper passed away at the age of 50. The cause of his death is catastrophic cardiac arrest, due to a drug overdose and subsequent heart attack.

Arnett doesn’t seem engaged in any kind of profession. So, it is unable to narrate her actual net worth, salary, and other earning.

Talking about her son’s net worth, despite having a successful career as a rapper and actor, Earl had a negative net worth of around $10 million due to his legal disputes.

In July 2013, he filed for bankruptcy in a Manhattan court where he claimed to have $50k worth of assets and in the range of $1 million to $ 10 million worth of debt.

Talking about her physical appearance, Arnett has black hair and a brown pair of eyes. His height, weight, and other body stats are not available in the media.