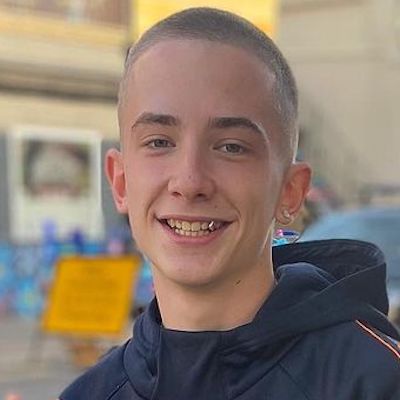 ArrDee’s relationship status is possibly single. He has not shared the details of his current affair or girlfriend.

ArrDee is a British rapper as well as a songwriter. He is popular for the music videos that he posts on his social media accounts.

His birthdate is 17 Sep 2002 and he was born in Brighton, England as Riley Davies. But the name of his mother plus his father is unknown.

ArrDee’s ancestry is English and has a brother. Regarding his academics, the particulars are not shared.

ArrDee is an emerging face of the musical world. He is a hip-hop artist and is with the Island Records label. He has not released any albums but has sung several tracks.

His first single was titled Oliver Twist that hit the media in 2021. Further, in the same year, his second song Jiggy (Whiz) came out.

In Green With Envy album of 2021, he sang Wid It titled song. As a featured artist, Riley was seen with Russ Millions & Tion Wayne in Body and Digga D in wasted.

As of 2021, he has an estimated net worth of around $100k US. The yearly salary from his acting journey is not calculated.

This rap artist is keeping himself away from rumors and desperate scandals.

ArrDee’s height and body weight are average. In addition, his eyes are light brown and his hair is in light brown color.

He also has a TikTok account that has gained over 1.1 million fans. Further, his YouTube channel is more than 46k subscribers.