Posted by MarriedBiography Posted on August 16, 2017 | In Child , Pregnant , Relationship
Share this

Having a baby brings the joy and happiness in the life. Every people love their parenthood with their partner. Bringing a new life into the world is a very blessed moment. Recently, Josh Hartnett and his wife Tamsin Egerton welcomed their second child. Know more about their family and children.

New Baby of the couple Josh Hartnett and Tamsin Egerton

Josh Hartnett and Tamsin are a very secretive couple of the industry. They do not prefer to talk about their personal life with the media and public. According to the Daily Mail, the private loving couple has welcomed their second baby. Though they did not make any official announcement about their baby birth, they were spotted shopping with both their newborn baby and their daughter. Their daughter will soon turn two years old now. Paparazzi captured them shopping in Hampstead, England, on Monday, August 14.

Looking super relaxed.. Despite my face I actually had a wonderful time last night celebrating @aliceinherpalace new collection of (truly) awesome shoes for @frenchsole. Thank you so much @toryburch for managing to dress me and the extra curves 🙌🏼 and @monicavinader for making me look like I have an insanely cool jewellery collection! #aboutlastnight #dressingthebump #happyface #Toryburch #monicavinader

When US Weekly reach out to the rep of the couple, they did not receive any comment from the rep. Moreover, Egerton also never officially announced her pregnancy and the journey towards the birth of the child. Yet she flaunted her growing baby bump in a form-fitting black gown at an Oscars afterparty in February. In the party, there were also rumor going on about their engagement as she was wearing a sparkling diamond ring. The duo welcomed their first daughter in November 2015, and yet has not revealed the name. During the time, the father of two gushed:

“It changes everything, what can you say?. The rubber finally meets the road and everything you have done beforehand is just preamble. You’re actually living your life for the first time because everything matters a bit more, doesn’t it?”

Not only the first baby brought the happiness but also changed the perspective of Josh Hartnett. After becoming the father to a baby, he explained on the show Live with Kelly and Micheal in 2016:

“Your ego melts away when you have a new kid. Your heart kind of leaves your body and you give it permission to walk around with someone else for a while. It’s really terrifying but it’s beautiful. I love it more than anything. I wish I would have started it earlier. But I’m so glad that she is the one I’m raising.”

As mentioned above, Josh is quite secretive about his personal life. He loves to keep his life under the wrap. That is the reason, there is not much information about his personal life and relationship. From all the information on the Internet, it is assured that he has not tied the knot with his children’s mother. He is in the living relationship with his partner Tamsin Egerton. The couple met while filming the critically panned movie THE LOVERS filmed in between 2010 and 2011.

The duo started dating on 2012 and are still happily together without any news of split-up. The couple is the proud parents of the two babies. They have a daughter who will soon turn 2 years old and the new born baby. The duo has not revealed any details about their both babies to the internet and media. We all hope to know about his new born baby.

And congratulation to Josh and Tamsin for the second time parenthood. 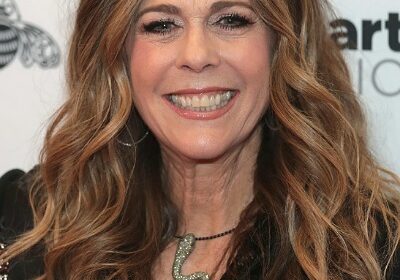