Arryn Zech is a voice artist and actress. She is better known as the voice behind the character, Blake Belladonna in the animated series, RWBY.  She is possibly single.

Prior to that, she also dated the director, Miles Luna. However, dating history is behind the curtains. 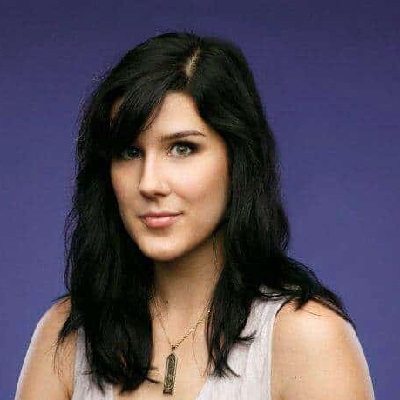 Who is Arryn Zech?

Arryn Zech is a voice artist and actress. She is better known as the voice behind the character, Blake Belladonna in the animated series, RWBY.

Last, in 2020, she appeared in the TV series, RomComPoda as Ashlynn.

In her upcoming movie, Loren and Rose, she will be portraying the character of Auction Attendee. Also, her short movie, The Flying Carsons is in the stage of post-production.

Arryn Zech was born on the 4th of October 1990 in Rota, Spain to Charlie Zech and Brenna Zinn. Later, she grew up in New Braunfels, Texas.

Her father, Charlie is a cyclist. Also, he has a keen interest in photography. Her mother, Brenna is a romance author. She is of Jewish-Germanic ethnicity.

Talking about her educational background, she graduated from the University of Texas with Honors in Journalism. Before that, she attended completed her high school education from the North East School of Arts in San Antonio. At the time, she used to perform for high school plays.

Initially, Arryn Zech landed at the various animated series including The Men Who Stare at Ghosts as a voice artist. Later, her career took a major turn when she voiced the character as Blake Belladonna in TV series, RWBY.

After the major success of the character, she contributed her voice to the character like Emily in Red Vs. Blue and Blake in RWBY Chibi. Apart from the series, she has been associated with video games including RWBY: Grimm Eclipse, Smite, and BlazBlue: Cross Tag Battle.

Currently, she is expanding her career as an actress, with the movie, Loren & Rose in the stage of post-production.

In July 2020, she accused her ex-boyfriend, Bob Morley for verbal and emotional abuse. She took her Twitter account to come forward that during their relationship, Bob often yelled and scolded to her.

Later, when she revealed her identity as a bisexual, Bob was furious. Also, she mentioned when she disclosed being sexually assaulted at a convention, he got furious to her for cheating on him. Despite the accusation, Morley remains silent in the matter.

Arryn Zech has brown eyes with black hair. Her height is 5 feet 7 inches and weighs around 58 kg. Her body measurements are 33-24-34 inches. Also, she has inked an angel in her left arm.

Arryn is active on Twitter with the handle, @ArrynZech with over 105.7k followers since June 2012.

You may also read the bio of Zach Steel, Samantha Eggar, and Linda Wallem.