One of the former contestants of the game show Jeopardy!.

Arthur Chu is possibly single to date. He is not dating anybody maybe, in the future we can see his love life blossom.

Previously, he was married to his high school sweetheart, Eliza Blair, a science fiction writer. The couple had exchanged their vows in 2012.

Unfortunately, they shared a harmonious relationship for 4 years only and parted ways in 2016. 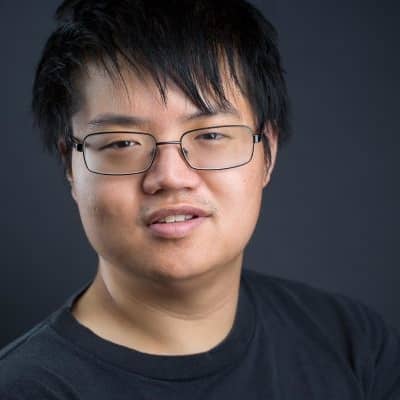 Who is Arthur Chu?

Arthur Chu is an American columnist, writer, actor, and voice-over artist. He is one of the former contestants of the game show Jeopardy!.

His unusual style of gameplay managed to give him an eleven-game winning streak. Additionally, he is a stage actor and public speaker as well.

Like the former contestant, he used to jump from one category to another. He was named as the show’s villain after his sportsmanship was questioned.

Currently, he is using his fame to reach out to the masses and voice important issues. As a columnist, internet commentator, and writer for The Daily Beast and Salon, he is standing out against racism, violence, and sexism.

He was born in Albany, New York, on January 30, 1984. He holds American nationality and is an Aquarius zodiac.

Because of his father’s job in the chemical industry, his parents immigrated to the United States from Taiwan. He spent his childhood in Cranston, Rhode Island.

He also spent a year in Boise, Idaho. Not only that, he lived in Cerritos, California as a teenager. In conclusion, in his early life, he was traveling as per his father’s posting.

As a child, Arthur participated in the National Geographic Bee. He chose Swarthmore College for his further education.

While in his college days, he was a member of the college’s quiz-bowl team as well. He received a B.A. in History at his graduation in 2008.

He stands 5 feet and 5 inches tall and has an average weight and other body statistics. He has black hair and black eyes over which he carries spectacles. Additionally, he has a round face and chubby cheeks.

To begin with, he has plenty of experience from being a writer to a Jeopardy game contestant, voice-over artist, actor as well as and activist.

He has worked as a voice actor on the webcomic Erfworld. Also, worked as an insurance compliance analyst.

In the next episode, he made a Final Jeopardy! wager that tie fellow contestant Carolyn Collins. Then, he defeated Collins on the January 30 episode.

In the Tournament of Champions on February 24 his total winnings were $123,600.

Arthur won his eleventh game on March 11, bringing his total winnings to $297,200. He was then defeated on March 12  by Diana Peloquin.

Talking about his good fortune, he has a net worth of around $ 1.5 million.

His profession as a columnist and win from Jeopardy has a big contribution to his riches. However, his handsome paycheque is not clearly disclosed in the figures.

To date, he has successfully managed to keep himself away from rumors and controversies that impact his professional life.