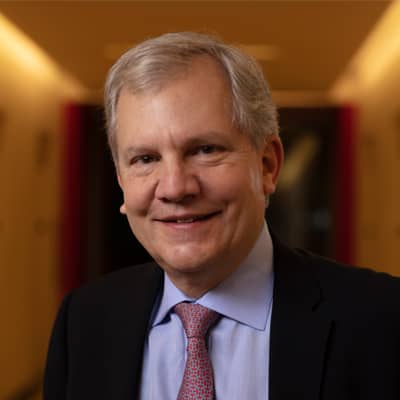 I don't think leadership demands 'yes' or 'no' answers

I think leadership is providing the forum for making the right decision, which doesn't demand unanimity.

I wasn't the greatest reporter in the world, but I wasn't starting at zero.

If you don't occasionally make a mistake, you aren't trying hard enough.

Arthur is now single after his divorce. He has married twice in his life.

Arthur was firstly married to Gail Gregg in 1975. The couple also has a son Arthur Gregg Sulzberger, and a daughter, Annie Sulzberger together. They divorced in 2008.

Arthur married Gabrielle Greene at a ceremony in the Outermost Inn in Martha’s Vineyard on August 30, 2014,

The couple filed for divorce after six years in Jan 2021.

Who is Arthur Ochs Sulzberger Jr.?

The journalist was born on September 22, 1951, in Mount Kisco, New York, the U.S. He belongs to multiracial (English, Scottish, German, and Jewish) ancestry.

His parent’s names are Barbara Winslow (née Grant) and Arthur Ochs “Punch” Sulzberger Sr.  They got separated when Arthur was five years old. And he was then raised by his mother in the Episcopalian faith.

Arthur studied at The Browning School in New York City. And in the year 1974, he received a Bachelor of Arts degree in political science from Tufts University.

Moreover, Arthur graduated from the Harvard Business School’s program for management development in 1985.

Arthur used to work as a reporter in North Carolina from 1974 to 1976. And then he works as a  London Correspondent for the Associated Press in the United Kingdom from 1976 to 1978.

He joined The MalNew York Times as a correspondent in 1978. And he moved to New York working as a metro reporter in 1981. No sooner he was appointed assistant metro editor.  Arthur worked in various business departments from production and corporate planning from 1983 to 1987.

The journalist played the main role serving as the first chairman of that civic organization in the development of the Times Square Business Improvement District in Jan 1992.

The New York Times has a net worth of around $50 billion. And Sulzberger family governed it since 1896 and they have 13% of its shares.

Arthur so must have a good earning from his career. His net worth is around $16 Million.

Arthur was arrested at protest rallies in the 1970s while he was opposed to the Vietnam War.

Arthur has an average height and weight. Yet its exact measurements are unknown.

Talking about his appearance, he has light brown colored eyes and grey hair.

You may also read the bio of Adam Fleming, Kathryn Dunn, Miz Cracker, and Charlie Berens.