Aryia Emrani is an Iranian-American social media personality, content creator, YouTube star, and rock singer. He rose to fame for his songs "She Don't Like Boys," "Mulholland Drive" and "Reckless." He is possibly single.

Aryia Emrani is presently Single. He hasn’t yet introduced anyone as his girlfriend or lover in the media.

In the upcoming days if he revealed anything about his love life then we will definitely update it. 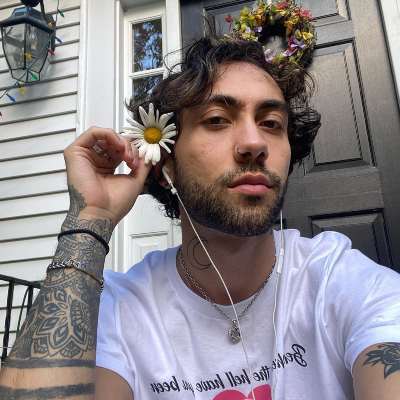 Aryia Emrani is an Iranian-American social media personality, content creator, YouTube star, and rock singer. He rose to fame for his songs “She Don’t Like Boys,” “Mulholland Drive” and “Reckless.”

He hasn’t yet disclosed his parent’s and siblings’ details in the media. Also, his academic background is under the curtains.

Further, he holds an American nationality whereas his ethnicity is unknown at the moment.

At the age of 16, Aryia started making YouTube videos and On May 12, 2014, he uploaded his first video titled College Girls on “Does Size Matter?” on his’ SimpleSexy Stupid’ channel.

He often uploads public interviews with unsuspecting girls on the channel. As of now, the channel has garnered more than 1.06m subscribers.

Similarly, he has another channel called ‘Aryia’ where he uploads his music videos. As of now, the channel has over 216k subscribers. Most of his viewed videos include What Guys are REALLY Thinking When They See a Hot Girl (ft. Amanda Cerny), Forgetting My Girlfriend’s Birthday…(Feat. Hannah Stocking), College Girls on How Long Should a Guy Last in Bed?, and Connor Murphy Steals My Girl.

On 7 January 2017, he released his debut single titled Reckless. His other tracks include Bad Boy, I Thought That We Were Fine, and Mulholland Drive.

The YouTuber has managed to maintain a clean profile to date. He hasn’t been part of any sorts of rumors and controversy that create a huge buzz in the media.

As of 2022, Aryia has accumulated an estimated net worth of around $200 thousand from her multiple careers as a YouTuber and singer. His salary and other earning are still under review.

The internet sensation has a slim body physique with an impressive height. He stands at the height of 5 feet 10 inches tall and his weight is about 78 kg.

Likewise, he has a hazel brown pair of eyes with dark brown hair color. He has several tattoos on his body part including a crescent moon on the left side of his neck.

Besides YouTube, Ariya is active on Instagram under the username @badboywolf where he has more than 169k followers. Similarly, he has over 62.3k followers on Twitter.

Further, he is available on Spotify and SoundCloud.