Ashlee Holmes Malleo is married to her husband, Pete Malleo.

In recent days, she is going through a rough phase in her relationship. Through her Instagram story, she revealed that she and her husband, Pete are no longer together. The reason behind the separation is still a mystery. 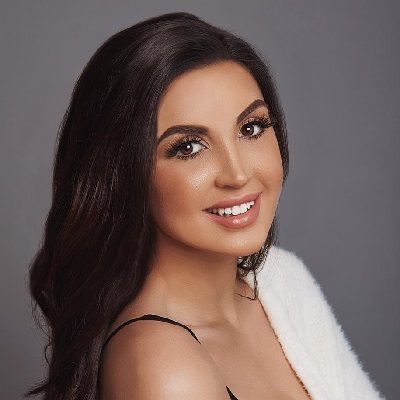 Who is Ashlee Holmes Malleo?

American Ashlee Holmes Malleo is a Make-up artist, blogger, and Reality TV star. She is renowned for her appearance in Bravo’s TV series, The Real Housewives of New Jersey.

Last, in 2016, she appeared as the makeup department head for the TV series, Pitch Slapped.

Ashlee Holmes Malleo was born on the 1st of December 1990 in Las Vegas, Nevada to Matt Holmes and Jacqueline Laurita. Her birth name is Ashley Holmes. She is of Scottish-Irish ethnicity.

Her mother, Jacqueline Laurita is Reality-TV personality renowned for The Real Housewives of New Jersey. In 1992, her parents got separated via a divorce. At the time, she was just 2 years. Later, on the 11th of May 2002, her mother, Jacqueline remarried Chris Laurita.

She has six half-brothers including two brothers; Christopher and Nicholas from her mother’s side and four brothers from her father’s side.

Talking about her educational background, In 2009, she graduated from Ramapo High School in New Jersey. Later, she joined Make-Up Designory in Burbank, California.

After graduating from high school, Ashlee Holmes Malleo joined the Lizzie Grubman Public Relations & Managements as an intern. Later, she became an assistant for the organization.

Later, she came into the limelight when she featured Bravo’s reality TV show, TRHNJ. Despite coming out as a TV personality, she continued her career as a makeup artist. As a makeup artist, she was associated with the TV series, Pitch Slapped as the department head.

Apart from being a makeup artist, she is also a blogger. Since 2011, she has worked with BUZZ MEDIA as a blogger. In her blogs, she talks about pop culture fashion, music, beauty, and many more.

Later, in December 2016, she started blogging with the blog, The Pretty Mamas. The main contents of her blog are lifestyle and beauty. At the same time, she also launched her bridal business in association with beautybymelbellles.

Apart from that, she also hosts the podcast, Making It Up As I Go.

As of 2022, she has an estimated net worth of $50 thousand. As a make-up artist, her earrings are in the range of $24k to $102k. Besides that, she also makes through her TV appearance in The Real Housewives of New Jersey.

Also, her blogs and podcasts are a major source of her income too.

Recently, the reality TV star came in the headlines for her relationship status. Through her Instagram story, she disclosed that she and her husband are no longer together. As of now, they are separated.

However, the reason behind it is still a mystery.

Ashlee Holmes Malleo has black eyes with brunette hair. She stands at a height of 5 feet 8 inches and has an average weight.

This make-up artist is active on Instagram with the handle, ashleemalleo with over 262k followers. Also, she has over 176.5k followers on Twitter. But she is not active on Facebook.

You may also read the bio of Beth Karas, Ronan Farrow, and Haley Pham.