Ashleigh Cummings is an Australian actress. She is best known for her role in Tomorrow When the War Began as Robyn Mathers. She is currently in a relationship with Aaron Jakubenko.

Ashleigh Cummings is currently in a relationship with Aaron Jakubenko. Cummings and Jakubenko started dating in 2016.

There is no information on Cummings’s previous relationship 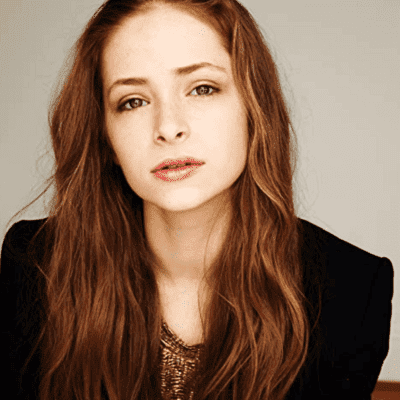 As desperate as I was to leave home early on, now I'm desperate to come back. I get more homesick as I get older.

Who is Ashleigh Cummings?

Ashleigh Cummings is an Australian actress. She is best known for her role in Tomorrow, When the War Began as Robyn Mathers.

Cummings was born on November 11, 1992. She was born and raised in Jeddah, Saudi Arabia where her Australian parents lived and worked. When she was 12 years old, she moved to Australia with her family.

From the age of two, Cummings is trained as a ballet dancer. When she was 14, she joined the Brent Street School of Performing Arts. There she learned to dance and act.

Eventually, she attended Wenona School in North Sydney, where she graduated in 2010. Cummings also attended the film and television school Screenwise. She studied philosophy at university between acting roles.

Cummings started her career in the entertainment industry in 2007. She appeared as a dancer in Darren Ashton’s Razzle Dazzle: A Journey Into Dance in 2007. She went on to star as Ally Sheppard in Green Fire Envy.

In September 2009, Cummings would join the case of Tomorrow, When the War Began. She appeared in Our Town, rescue Special Ops, Underbelly: Razor, and Dance Academy. She was cast as Dorothy “Dot” Williams in ABC1’s Miss Fisher’s Murder Mysteries.

In March 2012, it was announced that Cummings had been cast as Debbie Vickers in the television adaptation of Puberty Blues. In 2014, she recorded vocals for Dan Webb’s debut album Sandstorm.

Currently, Cummings is working on two projects. Her first project, Vide Noir, is currently in post-production. Her second project, Citadel, is still in the filming stage.

Cummings is a very talented and hard-working person. According to various sources, she has an estimated net worth of $5 million as of 2022.

Cummings is 5feet 4inches tall and her body weight is 55 kg. She has light brown hair and brown eye.

Cummings is available on Instagram. Her Instagram (@ashleigh_cummings) has over 41k followers. She doesn’t seem to be very active on her social media.