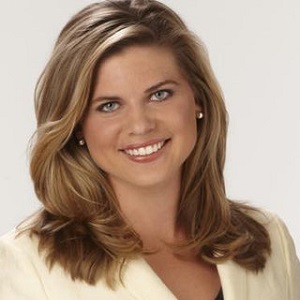 Ashleigh Walters is currently in a relationship. She has been recently engaged to her long term boyfriend, Chad Goetz at the age of 37. During an interview on WPTV’s morning show in April 2018, she announced her engagement and also revealed that she engaged him when she was on vacation in Florida.

Who is Ashleigh Walters?

Ashleigh Walters is a famous Amerian journalist who is currently working as the main anchor for WPTV. She is also widely recognized for covering major events such as Hurricane Isaac of New Orleans, Colorado’s epic floods of 2013 covering 14 countries, and many more.

She was born on June 26, 1981, in the USA. She is currently 38 years old. Ashleigh grew up in California and Colorado. Her father is the former US air force army and she is very close to her family members.

Ashleigh holds American citizenship but her ethnicity is unknown.

She attended the University of Colorado and graduated win Broadcast News and Fine Arts, Painting and a minor in Business Administration. Also, she interned at KUSA-TV in the Investigative Unit.

Walters served as a producer and host in West Palm Beach for almost four years. Later, she worked as an anchor and multi-media journalist at WLTX in Columbia, SC. in July 2011.

She covered the Education and Legislative beats and also named as the Reported of the Year by the South Carolina Broadcasters Association in 2009. During the period in South Carolina, she covered stories like e Governor Mark Sanford’s battle against stimulus dollars and his subsequent impeachment hearings. She followed governor-elect Nikki Haley’s allege d extra-marital affairs, the racially-charged comments made against her by a South Carolina Senator.

She is also a passionate painter, photographer, and traveler, whose painting is hung at Palm Beach international airport’s exhibition. Furthermore, she is learning American sign language.

She was selected as one of the 35 artists of 5 continents by CNN international for International Women’s Day. She won the 2nd place in the Associated Press Awards in 2009 and the 3rd place in 2010, both for Education.

Her net worth is not yet calculated. However, she earns around $68k annually from WPTV network, working as a main anchor of the network.

Ashleigh Walters has blue eyes and blonde hair. She has a decent height and weight. But, other information about her height, weight, shoe size, dress size, etc. are not available.