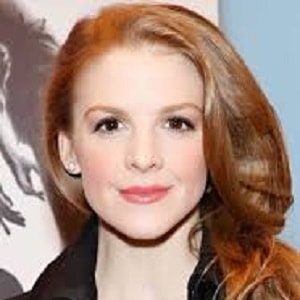 I've been very physical my whole life. I've done a lot of ballet, fencing and karate, and everything.

The chance to play a character with a split personality is an actor's dream.

What is the relationship of Ashley Bell?

Ashley Bell is currently single. She has not been linked to any other person either.

Ashley likes to be very secretive about her personal information. She is also currently busy in her career and she might not have got enough time to be in a relationship.

Who is Ashley Bell?

She was born on May 26, 1986, in Santa Monica, California, USA. Her mother’s name is Victoria Carroll(an actress) and her father’s name is Michael Bell(an actor).

Her hobbies include singing and dancing.

Ashley Bell holds American citizenship but her ethnicity is Caucasian.

She joined the Tisch School of the Arts at New York University and graduated in 2007 with a Bachelor of Fine Arts Degree.

Ashley debuted her television role as Colleen in ‘Boston Public’ in 2003 and later appeared as Lanie in ‘CSI: Crime Scene Investigation’ in 2007, Karina in ‘The Walking Dead: The Oath’ in 2014, Chloe Anderson in ‘A Neighbor’s Deception’ in 2017.

Ashley likes to keep her profile low and she has not been engaged in any type of rumors and controversies in her career.