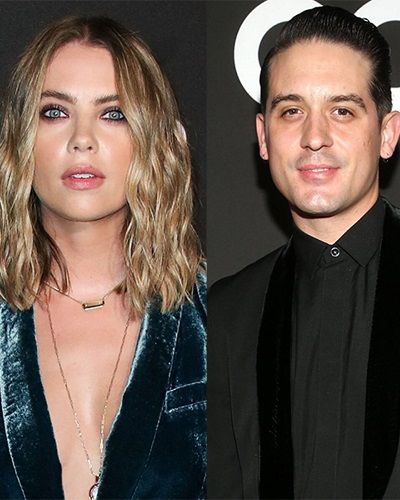 Update 2022: Ashley and G-Eazy are going strong as a romantic couple. The two were spotted making out together before the 2022 Oscars.

G-Eazy seems to be helping Ashley move on. There have been many speculations that the two are now dating. Similarly, they collaborated together on a cover of Radiohead’s Creep, which G-Eazy posted on April 21 to his YouTube page.

Many of her fans are defending that they are not dating and are just friends. As Ashley and G-Easy were seen sharing a car together as they are said to have gone to fetch take-out food.

Likewise, Easy was seen playing a game of baseball in the parking lot. There is also video footage of the pair sharing a kiss while in their car together, which appears to confirm reports that they are indeed enjoying a fling after Benson’s split with Delevingne.

Ashley’s ex-girlfriend Cara has given words on their dating rumors. Cara said,

“It’s more important now than ever to spread love not hate,”

“To everybody hating on Ashley Benson, please stop.”

Cara said that nobody knows the truth rather than she and Ashley so she asked everyone to stop.

Also read Brandy Norwood talks about her attitude towards the dating life of her daughter Sy’rai!

“Happy birthday @ashleybenson There is so much I could say but something I love and cherish most about us is that I don’t need to because YOU KNOW and that’s all that matters. It’s you and me which is my favourite,”

They even celebrated the 2020 Valentine’s Day together. But they ended their relationship in April 2020. They have even taken down pictures of each other on their social media.

Cara and Ashley have also spoken in the past about valuing privacy in their relationship so they are not open about the reasons for their break-up as well.

Ashley Benson is an American actress and model. She is best known for her role as Hanna Marin on the teen drama television series Pretty Little Liars. She is also famous for playing the character Mia Torcoletti in the series Eastwick (2009-2010). Benson is the winner of the Young Hollywood Award in 2011 with the cast of Pretty Little Liars. Read more bio…

G-Easy is an American rapper and record producer. His first album, These Things Happen, got revealed on June 23, 2014, and topped at number 3 on the US Billboard 200. Eazy’s second studio album, When It’s Dark Out, got released on December 4, 2015. Read more bio…