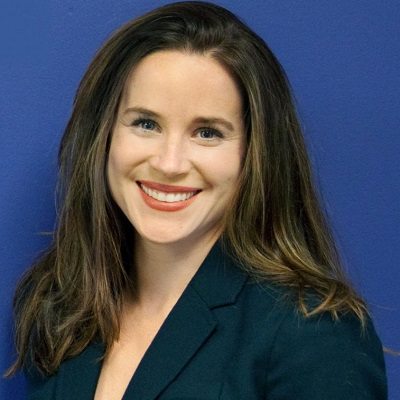 Ashley Biden is happily married to Howard Krein. Her husband is an otolaryngologist and plastic surgeon by profession.

The wedding took place on the 2nd of June 2012 at St. Joseph on the Brandywine Church in Greenville, Del officiated by the Roman Catholic Priest, Rev. David F. Murphy.

As of now, the couple is leading a happy married life with each other.

Who is Ashley Biden?

American Ashley Biden is a social worker and entrepreneur. She is renowned as the youngest daughter of the 46th US president, Joe Biden.

She is the CEO of the clothing line, Livelihood.

Ashley Biden was born on the 8th of June 1981 in Wilmington, Delaware to Joe and Jill Biden. She is of British-Irish ethnicity.

Her mother, Jill Biden is an educator. Currently, she is an adjunct professor at the Northern Virginia Community College. Her parents were married on the 17th of June 1977 at a chapel of New York. The marriage happens to the second wedding for her both parents.

She has three half-siblings; Beau, Hunter, and Naomi Biden from his father’s side. On the 30th of May 2015, Beau passed away due to brain cancer. He was an attorney by profession.

Also, Hunter is a lawyer. Her sister, Naomi, and Neilia Hunter (previous wife of Joe Biden) were tragically killed in a car accident in 1972.

Talking about her educational background, she is a graduate of the University of Philadelphia. From the university, she earned a master’s degree in Social Policy and Practices.

Before that, in 2004, she graduated from Tulane University in New Orleans with Honors in Anthropology.

In 2014, Ashley Biden started her career as the executive director of The Delaware Center for Justice. The non-profit organization serves the people impacted by the criminal justice system of the nation. Also, the organization happens to be a legacy of her brother, Beau.

Apart from that, she also runs her own clothing line business, Livelihood. The sales of her clothing line are used in social works. That includes supporting criminal justice reform, amelioration of economic disparities, and improving childhood education.

Ashley Biden has blue eyes with brunette hair. She stands at a height of 5 feet 6 inches and weighs around 55 kg.

As per the New York Post, Ashley’s past is full of weed and wild parties. As per the article, she was arrested in 1999 for marijuana possession in New Orlean.

The post also mentioned that one of the Tulane University classmate Nat Berman bailed her that worth between $200 to $400. Later, he drove her home. However, no conviction was recorded.

You may also read the bio of Lonette Mckee, Rick Leventhal, and Samantha Lee Gibson.