Ashley Cain-Gribble’s relationship status at present is married. She exchanged vows with her long-term boyfriend Dalton Gribble on 01 June 2019.

Her husband works as a lead installer in a company named Absolute Noise Control. Before getting wedded, Dalton proposed to Ashley in March 2018 and they got engaged. 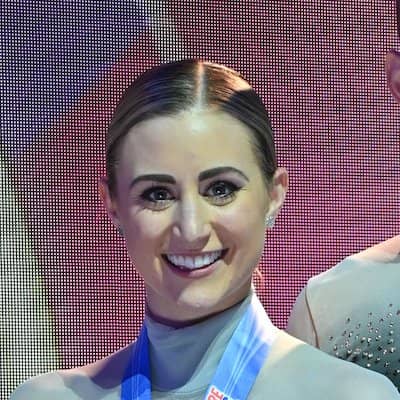 Her recent win 0f 2022 has increased her fame in the skating world along with his sports partner Timothy LeDuc.

Her birthdate is 22 July 1995 and she was born in Carrollton, Texas, the United States as Ashley Elizabeth Cain. The name of her mother is Darlene Wendt her father is Peter Cain, both were skaters.

Further, Ashley’s ancestry is Caucasian and as per her academics, she attended online classes at Texas Tech University Independent School.

Ashley Cain-Gribble is mostly recognized for her amazing skating skills. She started to practice in 1997 and is now one of the most popular figure skaters. She has participated in both single and pair contests.

By the sources of 2022, she has around $1 million of net worth. But her annual salary and other revenue are behind the curtain.

As of now, this skating champion is not surrounded by any rumors or scandals.

Ashley Cain-Gribble has an average height is 5 ft 6 inches and her body weight is 54 kg. Furthermore, she has grey eyes and has light brown hair.

Ashley is present on several social sites. On Instagram and Twitter, she has more than 35k and 5.6k followers respectively.