Posted by MarriedBiography Posted on March 5, 2021 | In Child , Pregnant
Share this 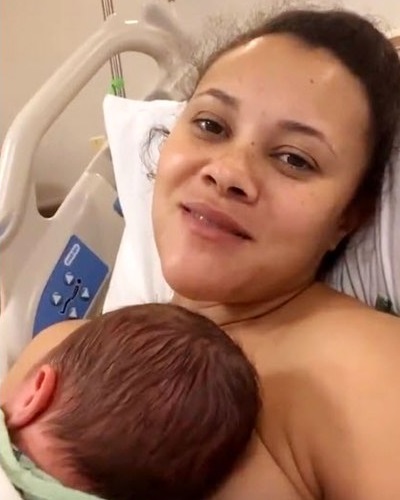 Ashley Darby became a mother for the second time. Ashley and her husband Michael Darby welcomed their baby No. 2 on 2nd March 2021. She shared multiple Instagram stories to announce the baby’s birth.

“This is our sweet baby born today. He is absolutely incredible and amazing and we are over-the-moon excited. Michael just left the hospital to go be with [our eldest son] Dean and give him some loving.”

“It’s crazy how much I miss my son right now, even though I’m so happy and so blissful with this little guy. I just want us all to be together as a family, and I know it will happen soon.”

Previously, they welcomed a son named Dean Michael who is 19-months-old at present. In the video, she was holding the newborn son in the hospital bed. She thanked everyone for the kind and warm wishes. She claimed that the journey of her motherhood is getting better and better.

Also read Real Housewives of Potomac; Pregnant Ashley Darby Reveals The Gender Of Her Second Baby With Her Husband Michael!

She announced the pregnancy news in September. Ashley had announced the gender of the baby back in November where her husband Michael is seen riding his bike around Washington, D.C. and a banner arrived which read ‘It’s a boy!!!’.

Ashley Darby is a reality star who came into the limelight after appearing on the reality TV Show, Real Housewives of Potomac. Moreover, she is an entrepreneur, philanthropist, yoga guide, and a formal pageant holder of Miss District of Columbia 2011. Read more bio…

Paige Banks and Chris Williams to end marriage at ‘Marriage at First Sight’! Who is Paige outside of the show?
Tags : Real Housewives Of Potomac reality TV star