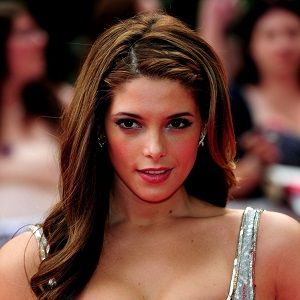 Don't throw petals on the floor if they have no meaning. I would rather have a fun, casual relationship than have someone pretending they're completely in love with me

I hate jealous guys! Everyone can be jealous. We all have that in us. Push the demon down or it's going to drive the other person away

I'm independent. If a guy is too clingy or needy, I actually get afraid of hurting him - and I can't deal with that.

Moving towards the private life of Ashley Greene, she is in a relationship with Paul Khoury. The couple had got engaged on 16th Dec 2016.

Who is Ashley Greene?

Ashley Greene is an actress as well as a model. Her real name is Ashley Michele Greene and she belongs to an American community. Her famous role as Alice Cullen in the film adaptations of Stephenie Meyer’s Twilight novels.

Ashley Greene was born on 21st February 1987 in Jacksonville, the U.S. She is the daughter of father Michele Greene and mother Joe Greene. Her father worked in an insurance and her mother was a former U.S. Marine who now owns his own concrete business. She also has a sibling named Joe. Besides this, there is no information regarding her childhood.

She had gone to University Christian School before transferring to Wolfson High School when she was in tenth grade. When she was 17 years old, she had moved to Los Angeles, California to pursue an acting career.

She had started her career since 2005. This year she had planned to become a model but was told that she was not tall enough at 5 feet 5 inches (1.65 m) to be a fashion model and should instead focus on acting in commercials. She had also acted as a guest on such television programs, as Punk’d and Crossing Jordan. In 2008, she was cast as Alice Cullen in The Twilight Saga series of films, which are based on the novel series of the same name by Stephenie Meyer.

Then 2011, she had reunited with her Twilight co-star Kellan Lutz in the movie A Warrior’s Heart and also starred in thriller film Summer’s Blood in 2009 and the Dark Castle Entertainment horror film The Apparition in 2012. The next year, she had appeared in the historical film CBGB about the former Manhattan music club with the same name.

She has suffered from a rumor that she had lost her virginity with Joe Jonas after he told the world he lost his virginity to the actress on Reddit.