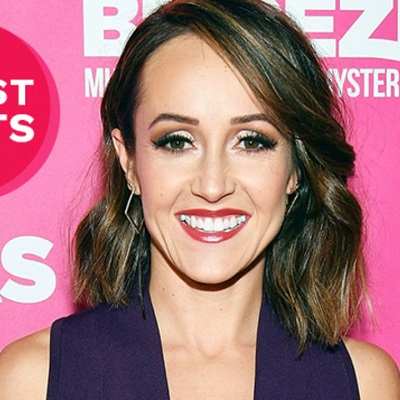 Ashley Hebert is a divorced woman.

Previously, she was married to Jordan Paul “J.P.” Rosenbaum. Her husband is a construction manager by profession.

The couple first met each other through the reality TV program, The Bachelorette in 2011. Among 25 men, she chose Jordan as his finance. On the 1st of December 2012, they got married to each other after 18 months of long engagements.

Who is Ashley Hebert?

American Ashley Hebert is a pediatric dentist and TV Personality. She is renowned for her appearance in the 7th season of the dating TV program, The Bachelorette.

Last, in 2020, she appeared in The Bachelor: The Greatest Season- Ever! as a guest.

To the date, she has not shared any details on her family including her father and mother.

However, during an episode of the reality TV show, Marriage Boot Camp: Reality Stars, she shared that she came from a broken family next. Also, she mentioned that her father was an alcoholic and absent from most of her life.

At the same moment, she described her mother as perfect. Her parents parted their ways via divorce. Soon after that, her mother got remarried. She has a sister, Chrystie Hebert-Corns.

Moving towards her academics, she is an alumna of the University of Pennsylvania. She holds a bachelor’s degree in Biology. Also, she joined the Doctorate program in Dental Medicine.

She came into the limelight searching for the love of her life through the reality TV series, The Bachelorette. In the show, she dated the 25 men. Among them, she selected J.P. Rosenbaum, a construction manager as her fiance.

At the time, she was attending the Master’s program in Dental Medicine. Following the fame, she made her appearances at the shows like Jimmy Kimmel Live as a guest and Bachelor Pad as the Guest Judge.

In 2016, she also appeared in the reality TV series, Marriage Boot Camp: Reality Stars 7 as a contestant. As of now, she is continuing her career as a pediatric dentist.

As of 2020, she has an estimated net worth of $500 Thousand. Her earnings as a pediatric dentist are in the range of $120k – $318k. Besides that, she also makes through her TV appearance.

Ashley Hebert has brown eyes with brunette hair. She stands at a height of 5 feet 2 inches and has a decent weight.

On 15th October 2020, she shared that she is splitting with her husband, J.P. Rosenbaum via her Instagram post. In the post, she that they have tried to mend their relationship for years. However, they failed and they are trying to move their separate ways.

On the platform, she is following the personalities like Brain Friedman, Gage Williams, and Ysabelle Capitule.

The new couple of Bachelor in Paradise Ashley Iaconetti and Jared Haibon are engaged!