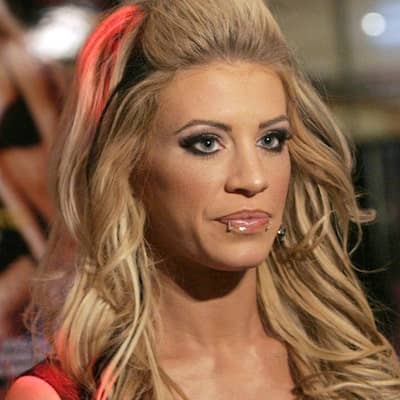 Ashley Massaro was possibly single. She has not shared the current details regarding her affair and boyfriend.

But previously, she had dated guys named Matt Hardy and Paul London both wrestlers. She was also once exchanged rings with  Richard.

However, the reason behind her three break-ups is not revealed. Further, Ashley gave birth to a child on 23 July 2000. She named her daughter Alexa Massaro and her father’s name is not made public.

Who is Ashley Massaro?

American Ashley Massaro was a professional wrestler and TV star. She was also a host, model, plus radio personality.

Her Punk style with finishing moves like Top Turnbuckle Crossbody and Star-struck made her popular in the WWE world.

She said goodbye to the world on 16 May 2019 in Smithtown, Long Island. She was 39 years of age and killed herself by hanging, as per some sources.

However, some reports say that she did not die of suicide. The medical personnel hasn’t released any official news regarding the main cause of death of Ashley.

After five days of last breath, she was buried at the Saint James Episcopal Church Cemetery.

Ashley Massaro was born on 26 May 1979 in Babylon, New York, the United States as Ashley Marie Massaro. Details regarding her father and mother are behind the curtain.

Her ancestry was caucasian and had a younger brother named Ronnie Massaro. He was murdered brutally in Nov 2020.

She completed her High School at John Glenn High School in 1997. Then she enrolled at the State University of New York where she achieved a BSc degree in Communication with Business (minor).

Ashley Massaro entered the WWE ring in the year 2005 but left after three years in 2008. During her time, she fought with Candice Michelle, Torrie Wilson, Kristal, Jillian Hall, Michelle McCool, and more.

Further, she participated in a reality show named Survivor: China S15 in 2007. In this, she came in the 15th position and lost the competition. She was also featured in an episode of Smallville plus Extreme Makeover: Home Edition in 2007.

Through her career as a wrestler and fitness model, she had made a net worth of $500k. Her earnings as a WWE wrestler were not revealed.

This wrestling queen was not surrounded by any huge rumors or scandals.

She had blue eyes with platinum blonde hair. Her height was 5 feet 4 inches and she had a weight of around 50 kg.

You may also read the bio, age, family, career, net worth, salary, and social media of Patrick Starrr, Willywonkatiktok, and Catherine Szabo.