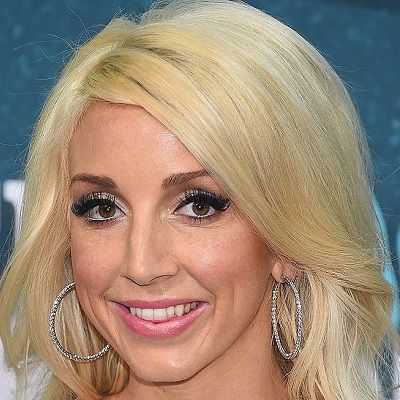 I love country music so much. I love all kinds of music. But when it comes down to it, I'm from East Tennessee, and country melodies and country songs have always just sliced me in the heart

The core of me is country. It's what I love. It's what I write. Even when I sing pop stuff, I'm still singing it 'countrily'

What's the point of a song if you can't be honest?

Ashley Monroe started to date a baseball pitcher John Danks in June 2011. Then after a year in Sep 2012, John proposed to Ashley for marriage which she said yes.

On October 24, 2013, this couple exchanged vows on Blackberry Farm in Walland, Tennessee. Blake Shelton officiated the wedding, and Miranda Lambert was the matron of honor.

Who is Ashley Monroe?

Ashley Monroe is an American country music singer-songwriter. She is known for songs like Satisfied and I Don’t Want To.

Her recent music album Sparrow was released on April 20, 2018. This album is produced by Grammy award-winning producer Dave Cobb.

Ashley Monroe was born on September 10, 1986, in Knoxville, Tennessee, the United States to Scots Gaelic heritage. Her mother’s name is Kellye Monroe and her father’s name is Larry Monroe. She also has an older brother Chad Monroe.

Unfortunately, her father Larry passed away due to cancer when Ashley was only 13 years old. To overcome this loss, she started to write songs.

Monroe was home-schooled instead of sending her to normal school.

Then in 2013, Ashley gave her fans another music album Like a Rose. For this, she teamed up with other popular music artists like Blake Shelton and Vince Gill.

Later in 2015 and 2016, she released her other musical projects The Blade and Live at Third Man Records respectively. Monroe has paired up with other musicians like Train for Bruises (2012) and Butch Walker for Stay Gold (2016).

It is a musical group formed by popular artists named Monroe, Miranda Lambert, and newcomer Angaleena Presley. They gave their first performance in April 2011 and their first album Hell on Heels was released in Aug 2011.

Their second album, Annie Up, was released on May 7, 2013, and they announced Lambert announced that their third album Interstate Gospel would be released November 2, 2018.

She has been nominated for:

The net worth of this talented singer is estimated at $2 million. Her yearly earnings from the YouTube channel are between $337-$5.4k.

As per the sources, the average earning of an American singer is between $35K-$200k.

Seeing her performance in her field we can assume that she has not been in any huge rumor or scandal.

Ashley Monroe has blonde hair with hazel eyes. She is 5 feet 5 inches tall and weighs 55kg.