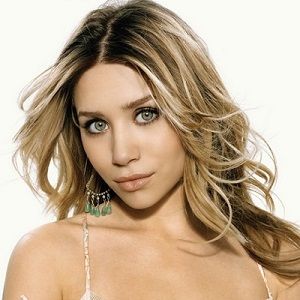 We've stayed really normal and down to Earth I think and haven't let the success thing go to our head.

She's always there for me when I need her

she's just my everything.

Some twins feel like they need to compare themselves to each other, but we're not that way. That's because of my parents, though, and having six kids in the family.

I don't think you necessarily need to show off your stomach and boobs to be sexy. I'm just not attracted to that type of dressing.

I love driving, but sometimes, I'm not too good at it because I spend too much time looking in the rear view mirror if I know I'm being followed. You don't respond like, 'Oh, there's paparazzi.' It's more like, 'There's a man, and he's going to attack me.' That's how your body responds.

Ashley Olsen is currently dating an art dealer Richard Sachs. In December 2016, they went on a vacation to St. Barts.

Previously she has dated Columbia University quarterback Matt Kaplan from 2001 to May 2004. They dated for almost three years. She dated American restaurateur, Scott Sartiano from September 2004 to June 2005. Then, she dated Greg Chait, CEO of Tsubi jeans from September 2005 to January 2007.

She dated former professional road racing cyclist, Lance Armstrong they met Ashley at Rose Bar in Gramercy Park Hotel in October 2007 and started dating her. The evening, the pair met, they made out all night long and some even wondered if she were of legal age. The relationship lasted a few months and they broke in December 2007.

Moreover, Ashley started dating actor Justin Bartha in May 2008 after meeting him via a mutual friend. They engaged on November 7, 2010. This relationship also saw an end in March 2011. She was dating with actor Johnny Depp in 2012.

Moreover, she was romantically linked with visual artist George Condo in August 2016. He is about 29 years her senior.

Who is Ashley Olsen?

Ashley Olsen is an American fashion designer, businesswoman, author, and former actress and producer. Likely, she began her acting career one year after her birth, sharing the role of Michelle Tanner with her twin sister Mary-Kate Olsen in the television sitcom, Full House (1987–1995).

Ashley Olsen was born in Sherman Oaks, California, the United States on June 13, 1986. Her birth name is Ashley Fuller Olsen and she is currently, 32 years old. Her father’s name is David Olsen (mortgage banker) and her mother’s name is Jarnett Olsen (personal manager). There is no much information about her family and her childhood.

Talking about Ashley’s education history, she graduated from the Campbell Hall School, Studio City, California, United States. She attended the New York University for a brief period but dropped out later.

Later in December 1992, she and her twin sister starred in the Christmas TV film, ‘To Grandmother’s House We Go’. The film was very successful and it was broadcast on the ABC network. During 1993, she played the role of ‘Lynn Farmer/Young Aunt Agatha’ in the children’s TV movie titled, ‘Double, Double, Toil and Trouble’.

In November 1994, she appeared in the TV movie, ‘How the West Was Fun’. In the year 1994, she starred in the 30-minute video series, ‘The Adventures of Mary-Kate & Ashley’ along with her twin sister. This series had a total of eleven episodes. In the year 1995, she was seen as ‘Alyssa Callaway’ in the film, ‘It Takes Two’, which was directed by Andy Tennant. The film also starred her twin sister, Mary-Kate.

Whereas, from 1995, she played herself on the DVD series, ‘You’re Invited to Mary-Kate & Ashley’s Party’. The series also featured her twin sister and had a total of ten episodes. In the year 1997, she and her twin sister starred in the ‘Slime Party’ episode of the American television sitcom, ‘Sister, Sister’.

During 1998, she appeared as ‘Emily Tyler’ in the DVD comedy film, ‘Billboard Dad’. Additionally, she along with her twin sister appeared in a single episode of the 1998-1999 season of the American sitcom, ‘Two of a Kind’. That year she also starred in the TV movie, ‘Switching Goals’, in which she played the role of ‘Emma Stanton’.

During 2000, she appeared in the ‘Gossip’ episode of the American family drama, ‘7th Heaven’. From June 2, 2001, to August 15, 2001, she starred in the American teen-family sitcom, ‘So Little Time’. In the year 2003, she starred in the DVD film, ‘The Challenge’, which was directed by Craig Shapiro. On the same year, she portrayed the character of ‘Future Angel’ in the film, ‘Charlie’s Angels: Full Throttle’.

Later in the year 2004, along with Mary-Kate, she became a co-president of their company, ‘Dualstar’. Dualstar, which has been in operation since 1993, produces movies, TV shows, magazines, and video games. Along with her sister, she designed a clothing line for girls aged between 4 and 14. The clothing line was available in ‘Wal-Mart’. They also came out with a beauty line, ‘Mary-Kate and Ashley: Real fashion for real girls’.

In the year 2008, along with Mary-Kate, she co-authored the book titled, ‘Influence’. The content of the book included interviews with many fashion designers who have inspired them. Whereas, along with her sister, she owns and manages a series of fashion labels such as, ‘The Row’, ‘Elizabeth and James’, ‘Olsenboye’ and ‘StyleMint’.

She is the creative director of the Italian shoe brand, ‘Superga’. In the year 2011, the twin duo designed an ‘Olsenboye Change Purse’ and donated the profits. On the same year, they collaborated with ‘TOMS Shoes’, in order to design shoes for underprivileged children across 20 countries in the world.

She won Best Actress (Schauspielerin) at Bravo Otto Germany, she won Favorite TV Actress for Two of a Kind (1998), Favorite Movie Actress for It Takes Two (1995) at Blimp Award, she won Best Youth Actress in a TV Mini-Series, M.O.W. or Special for Double, Double Toil and Trouble (1993), Exceptional Performance by a Young Actress Under Ten for Full House (1987) at Young Artist Award.

She has an estimated net worth of around $200 million (as per 2019 data) and she has earned that sum of money from her professional career.

There was a rumor that she was spotted taking a morning stroll with a mysterious male companion in Los Angeles, California. Another rumor was she had a fling with actor Johnny Depp in 2012 when Johnny was speculated to be cheating on Vanessa Paradis. Another rumor was she was dating art dealer Richard Sachs. Currently, she is far from rumors and controversies.

Ashley Olsen has a height of 5 feet 3 inches. Additionally, she weighs is 52Kg. In addition, she has a measurement of 34-24-35 inches. Ashley’s hair color is blonde and her eye color is green. Furthermore, her dress size is 4 (US) and her shoe size is 6 (US).

Also, read the affair, salary, the net worth, controversy, and the bio of Marita Stavrou, Sophie Von Haselberg, Emily Rudd