Ashley Park is renowned as a Korean-American actress. She is possibly single.

Ashley Park currently appears to be Single. As of now, she hasn’t introduced anyone as her boyfriend or lover.

She is more focused on her career at the moment. Also, there is no information available regarding her past romantic relationship. 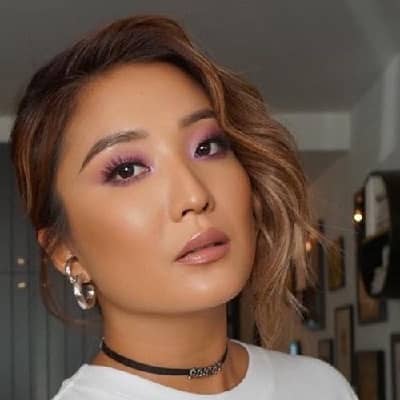 Who is Ashley Park?

Ashley Park is renowned as a Korean-American actress. She is better known for her role as Tuptim on Broadway in the 2015 revival of “The King and i“.

Ashley was born in Glendale, California, the U.S. on June 6, 1991. She is of American citizenship and belongs of Korean descent. Her full name is Ashley Jeein Park.

The actress is the eldest daughter of Andrew Park and Sara Park. She raised in Ann Arbor, Michigan with her younger sister named Audrey Park.

Moving towards her academic background, she attended Pioneer High School and graduated in 2009.

Then, she joined the University of Michigan and earned a BFA in musical theatre from the School of Music, Theater, and Dace in 2013.

At the age of 3, Ashley joined the dance classes at the Oceanside Dance Academy and began piano lessons when she was 5 years old.

At high school, she co-founded a women’s a cappella group which placed second at a national competition in 2009. Also, she was cast as the lead role of Millie Dillmount in her high school’s production of Thoroughly Modern Millie.

She is also the co-founder of the Michigan Performance Outreach Workshop (MPOW) at the University of Michigan. Park has participated in various events like Broadway Cares/Equity Fights AIDS, Broadway Barea, Covenant House, and so on.

Ashley started her career as a theater artist in 2009, cast as Yvonne and an ensemble member in the Musical Theatre Wichita production of Miss Saigon in Wichita, Kansas.

She made her Broadway debut on February 17, 2014, as a member of the ensemble in Mamma Mia at the Broadhurst Theatre directed by Phyllis Lloyd. In the same year, she appeared in the television series, My Dirty Little Secret portraying the role of Ann Racz in the first episode.

Currently, she is starring in the Netflix romantic comedy series, Emily in Paris portrayed the role of Mindy Chen.

Moreover, she has appeared in numerous television series and theater shows such as,

At the age of 15, Ashley was diagnosed with acute myeloid leukemia and hospitalized for eight months.

As of 2022, she has an estimated net worth of around $3 million throughout her profession as an actress.

Furthermore, her exact salary, real estate, and other income are still under review.

The actress stands at the height of 5 feet 5 inches tall and her weight is 56 kg. She has black eyes with brown hair color.

She has a self-titled Youtube channel where she has more than 1.34k subscribers. However, she is not available on Facebook.