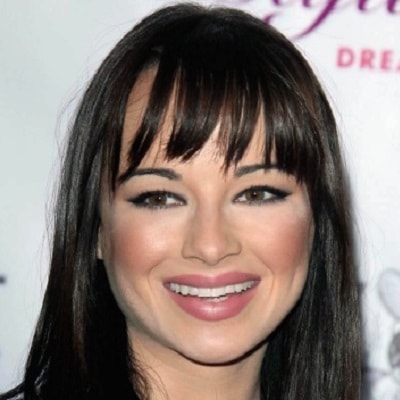 I love skin care and actually wanted to be an esthetician for many years.

I'm always looking to do different roles and play around a little bit. That's always the fun part of my job.

When I believe in something, I support it fully. On that note, I totally don't support Velcro shoes.

Ashley Rickards is currently in a relationship. She is dating actor Casey King.

Previously while working on Awkward, she fell in love with one of her co-star, Brett Davern. Ashley and Brett eventually started dating. The pair enjoyed a romantic relationship for months and called it quits without citing a reason for the split.

Who is Ashley Rickards?

Ashley Rickards is an American actress.

Ashley rose to fame through her performance as Jenna Hamilton in the popular MTV comedy-drama series, Awkward.

She is also known for playing a severely autistic girl, Mandy in the independent drama film Fly Away.

Ashley Rickards was born Ashley Nicole Rickard on May 4, 1992, in Sarasota, Florida, the United States of America. She is the only child of her parents.

She was raised on a horse farm which was made for children with special needs. Also, she has two pets: Princess, and Trinny(three-legged cat).

She first studied at a Local Montessori School and at the age of 13, she performed in an opera production.

Rickards completed her graduation from high school at the age of 15.

In 2008, she played the role of a runaway foster child, Samantha Walker, in season 6 of The CW television series, One Tree Hill.

She appeared in 19 episodes of the show from 2008 to 2009, alongside Chad Michael Murray, James Lafferty, Hilarie Burton, and Bethany Joy Lenz.

Rickards appeared in an episode of the NBC drama series, Outlaw, opposite Jimmy Smits in 2010. At the time, she gave an audition for a role in the MTV comedy-drama series, Awkward.

In 2015, she played the role of Jenna Hamilton in the fifth and final season of Awkward alongside Nikki DeLoach, Desi Lydic, Mike Faiola, and Beau Mirchoff.

Rickards is a good painter and is an avid equestrian who also writes poetry and scripts in leisure time.

In addition, she helped to launch the Project Futures Somaly Mam Foundation in 2011. The foundation works to prevent and end human trafficking and sexual slavery in Southeast Asia.

Also, she is the author of the book named A Real Guide to Getting It Together Once and For All published in March 2015.

She was nominated for the Teen Choice Award nomination and Critics’ Choice Television Award, 2012 for her performance in ‘Awkward’.

In 2011, Rickards won the Best Performance accolade at the Arizona International Film Festival in 2011 for ‘Fly Away’.

Rickards has an estimated net worth of $2.5 million. Also, she was paid around $50,000 per episode for Awkward.