Ashley Thomas, commonly known as Bashy is an English musician and actor. Ashley Thomas is not having an affair with anyone presently.

Ashley Thomas has kept his personal life away from the media spotlight. There are no records available about his past relationships. At present, he is believed to be single. 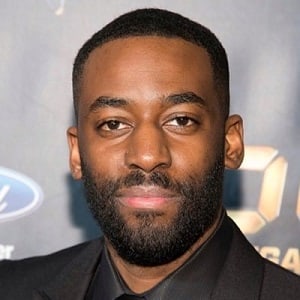 Who is Ashley Thomas?

Ashley Thomas, commonly known as Bashy is an English musician and actor. Ashley Thomas released his debut album titled ‘Catch Me If You Can’ on 1 June 2009. Additionally, he has appeared in television series including ‘The Night Of’ and ‘The Good Fight’ among others.

Thomas was born in Hammersmith, London on February 4, 1985. He developed a keen interest in music as a child. Thomas is of British nationality. Furthermore, he belongs to the mixed ethnic background of Jamaican and English.

Talking about his education, Thomas attended St Mary’s of the Angels RC Primary School. In addition, he was also enrolled at the Cardinal Hinsley High School and The BRIT School for Performing Arts.

Thomas initially worked for Royal Mail as a postman. Later, he released a series of mixtapes. Eventually, he released the debut song ‘Black Boys’ in 2007. He has released several mixtapes like ‘Ur Mum Vol One’, ‘The Chupa Chups Mixtape’, ‘Bashy.com’, ‘The Fantasy Mixtape’, ‘The Crunchie Mixtape’, and ‘The Great Escape EP’ among others. Additionally, Thomas has also appeared in numerous movies and television series. All in all, he has over 25 credits as an actor.

Some movies and television series that Thomas has appeared in are ‘Kill Ben Lyk’, ‘Been So Long’, ‘Salvation’, ‘Ice’, ‘The Good Fight’, ‘24: Legacy’, ‘Brotherhood’, ‘The Night Of’, ‘100 Streets’, ‘Beowulf: Return to the Shieldlands’, ‘The Interceptor’, ‘Cockneys vs Zombies’, ‘Black Mirror’, ‘Big Fat Gypsy Gangster’, and ‘The Veteran’ among others.

Thomas has not revealed his current salary. Additionally, there are no details available about his net worth at present.

Thomas’ debut single ‘Black Boys’ attracted several controversies along his way. Numerous racist videos were put up as responses to the track. At present, there are no rumors concerning Thomas and his career.

Talking about his body measurement, Thomas has a height of 6 feet (1.83 m). Additionally, his hair color is black and his eye color is dark brown.