Ashley Tisdale is an American actress, singer, and producer. She is married.

Ashley was linked with many guys in her lifetime including Jared Murillo in 2007. Jared is an American singer. They were very romantically involved in a relationship and it lasted for two years till 2009. Later she was spotted with Scott Speer, a successful American director in various events and parties from 2009 to 2011.

It was also said that she had a short term relationship with Martin Johnson who is an American singer and finally she found her soulmate in 2012, An American Musician, Christopher French.

The couple dated for a year and finally got engaged. After a year of engagement, they got married in a small private ceremony in Santa Barbara, California on September 8, 2014. The couple is very happily married and there is no sign of any separation or divorce between them. 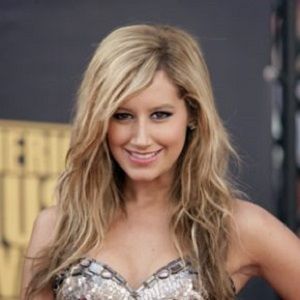 The only way to grow is to challenge yourself

Don't let anyone, or any rejection, keep you from what you want

With every character, I just bring something that I can make my own.

Who is Ashley Tisdale?

Ashley Tisdale is an American actress, singer, and producer. She was known as Sharpay Evans in the High School Musical franchise.

She was critically and commercially praised for the role. Recording Industry Association of America (RIAA) certified gold for her debut album “Headstrong”.

Ashley Tisdale was born on July 2, 1985, in Monmouth County, New Jersey, USA. Her nationality is American and her ethnicity is mixed(Ashkenazi Jewish, English, Irish, Scottish, and German).

Her birth name is Ashley Michelle Tisdale. Her mother’s name is Lisa Morris an Ashkenazi Jewish and her father Michael Tisdale an English, Irish, Scottish, and German ancestry. Her father is a contractor. Ashley has an elder sister Jennifer Tisdale who is also an actress and producer.

Ashley’s education was paused to high school because she started working for High School Musical movies. Ashley passed from Valencia High School. She is also related to businessman Ron Popeil through her maternal grandfather Arnold Morris who was best known for being a pitchman for the Ginsu knife.

Ashley’s career started at the tender age of three when she met her future manager Bill Perlman which led her to act in various commercials and advertisements. She did more than 100’s of it on National Television. Immediately after doing various advertisements, she began her career in theaters.

She performed in A Musical Fable’ and ‘The Sound of Music at Monmouth County’s Jewish Community Center. Ashley did the role of Cosette in the musical “Les Misérables” at the age of eight. Later Ashley got a chance to work on different television series including “The Hughleys”, “Smart Guy”, “7th Heaven”, “Boston Public” and “Bette”. She even played in films like “A Bugs Life” and “Donnie Darko” in the late 1990s.

Ashley won her first independent award in the television series “The Suite Life of Zack & Cody” in which she worked as a teenage candy-counter girl. Her career took a new height in 2006 when she worked in Disney Channel’s original movie “High School Musical” as Sharpay Evans which was the most-watched movie of the year. Its soundtrack became the album of the year selling 3.7 million copies.

Ashley was the first female artist to debut with two songs on the Hot 100 chart. After the huge success, Ashley signed a record deal with Warner Bros Records and launched her debut album “Headstrong” and was eventually certified gold by RIAA. In 2007, In the sequel “High School Musical 2”, Ashley again played the same role and its soundtrack was at the top of the Billboard chart. Ashley also gave her voice in “Phineas and Ferb” an animated series that became the most-watched animated series.

In 2008 Ashley started her own company “Blondie Girl Productions”. She again worked for “High School Musical 3” which gained $255 million at the box office and became a huge blockbuster.

Next year she launched her second album and it was the number 12 on Billboard 200. Ashley’s Production signed a multi-year production deal with Relativity Media to create, develop, and produce films and television series. Ashley had his recurring role in “Super Fun Night”. She also gave the voice to the animated series “Sabrina: Secrets of a Teenage Witch”.

In 2014, she promoted the U.S. launch of Lindt HELLO chocolates by producing an episode of the online series It Started with HELLO. Ashley also auditioned and was cast for the main role in comedy series Clipped. In December 2015 Ashley became the creative director of “Signorelli” In 2009 the MTV Movie Awards presented her with the Breakthrough Performance Female award for ‘High School Musical 3. She was presented with the Young Hollywood Awards for Social Media Superstar in 2014.

Ashley Tisdale: Salary and Net Worth

After a year of her marriage, people started speculating that she is pregnant after she posted a picture of an event in which she is looking a bit fat.

Although Ashley is shooting down those rumors it’s been viral on social media. She was previously in a rumor when a website claimed that she is HIV Positive. Ashley had been contaminated by the disease during the rhinoplasty procedure.

Also get to know more about the birth facts, education, career, net worth, rumors, height, and social media of different personalities like Frankie Grande, Amanda Holden, and Brandy Norwood.