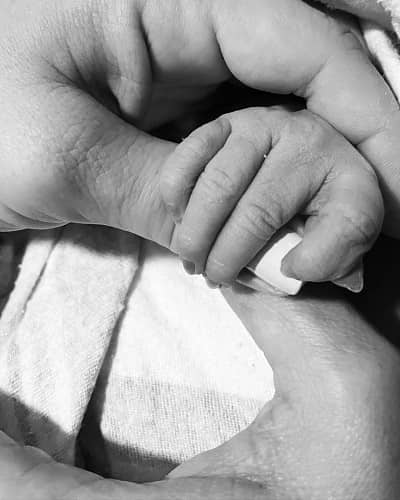 Ashley Tisdale is a mom now!

She announced the birth of her daughter on 24th March 2021 with her husband Christopher French. Her daughter Jupiter Iris French was born on 23rd March 2021.

Ashley shared a black and white photo of the baby’s hand. She revealed that she is already obsessed with the baby.

“This year has obviously been hard. For so many. Ups and downs, and an emotional roller coaster. I think this day was by far my favorite day EVER! I cried I was so happy.”

“Ps for all you people going above and beyond for gender reveal parties. A cake with the color inside is JUST as rewarding as fireworks but SAFER! #SheSoFrench,”

She has been open about her pregnancy and has posted on the blog. In the blog, she revealed that her first trimester was not easy. Ashley revealed that she did not have nausea but threw up multiple times.

She felt like she had some kind of stomach flu. Talking about why she considered pregnancy years after marriage. She revealed that she was not ready for it. Tisdale was going through a mental health journey and waiting for the right time.

Ashley Tisdale is an American actress, singer, and producer. She was known as Sharpay Evans in the High School Musical franchise.

She was critically and commercially praised for the role. Recording Industry Association of America (RIAA) certified gold for her debut album ‘Headstrong’. Read more bio…