Updated On November 9, 2021 | In Entertainment , Interesting Facts
Share this 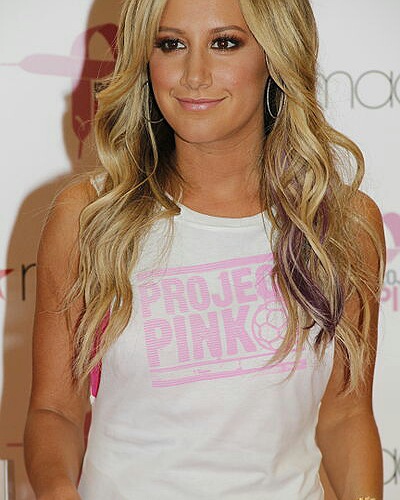 Disney star Ashley Tisdale gained fame on Disney Channel and had enjoyed her time there. But one thing she did not like of those days was, her on-screen kisses and romantic scenes with Zac Efron. Ashley revealed the reason behind this detest of on-camera kisses with Zac.

Ashley Tisdale and her time on the Disney shows

The pretty actress, Ashley is now on the show Carol’s Second Act. She is extremely happy about it and the way her career has shaped up. She became famous when she starred in The Suit Life of Zac and Cody and also with her appearance in High School Musical.

In the latter, Ashley portrayed the character of self-centered Sharpay Evans. She feels that it was, a memorable role for her in the early days of her career which helped her strengthen her hold in the entertainment industry. She stated:

“I think she was perfect for the time in my life and that’s why I was even able to play her. I think I’ve grown so much as a person, that even if they asked me to play her tomorrow, I would never be able to do it, because I was so unaware of myself at the time.”

“The best part about Sharpay was that she was unaware of everybody around her, and she was only aware of herself in that moment. I feel like I wouldn’t even be able to go there, but I’ve been honestly searching for a role that’s been just as exciting, because the best part was that she had so much to create.”

The actress was not fond of her kiss time with Zac during the scenes. She feels that her kisses with Zac in front of the camera were the worst ones. Elaborating on the reason she said:

“I’ll inform you why it was the worst, okay? I needed to kiss Zac Efron on The Suite Life of Zack and Cody, and it’s the worst as a result of I’m so near him and he’s like my brother.”

Besides, she feels that Zac was not like a Disney person:

Continuing to explain, she said:

“It’s simply bizarre while you’re so near any person, and we’d already carried out the film [High School Musical]. I’d recognized him for years earlier than. That is why it was the worst. It’s just we’re too close.”

What Ashley liked about Disney World?

The actress is happy with her work with Disney Channel. She said:

“You know, when you work for Disney, you get obviously, like, a VIP person to bring you to the front of the lines and you just feel so cool,”

“It’s so funny, because I would actually bring guys there that I’d dated to kind of, like, flex a little bit. I’d be like, ‘I’m Disney royalty,’ and then I’d break up with them after the fireworks. It was always a good story.”

Ashley Tisdale is an American actress, singer, and producer. She was known as Sharpay Evans in the High School Musical franchise. She was critically and commercially praised for the role. Recording Industry Association of America (RIAA) certified gold to her debut album “Headstrong”. More info…