Ashley Walters is an actor as well as a rapper and songwriter. He is married and also the father of three.

Ashley Walter is a married man. He is currently married to Danielle Isaie, another British actor, whom he might have met on set while working considering that they both are actors. The couple exchanged wedding vows on 22nd June 2013. They currently have 2 children, a daughter Amiaya-Love Walters and a son River-Leslie Walters.

Ashley also has three children, two sons and one daughter with his ex Natalie. He also seems to have had other relationships aside from these as he has two other daughters Antonia and Ashley. However, he hasn’t made the information on their mother public as of now. 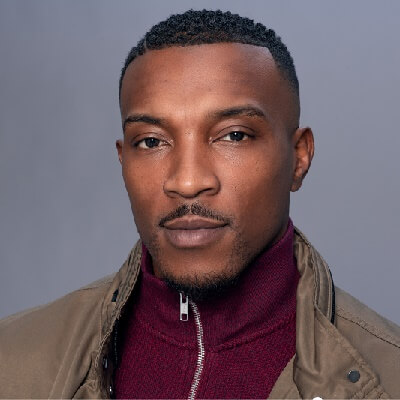 My dad had a real big reputation as being the hard man, street fighter, the gangster. My stepdad was quite timid, and I wanted a bit of the gangster in my life

It was tough: I had to kiss a man, and I got a mixed reaction from the black community. But I have to be ready to play any role, or I can't call myself an actor

I remember at a very early age ringing up record labels I found in the Yellow Pages, and asking them for a record deal.

Who is Ashley Walters?

Ashley Walters’s music stage name Asher D; is a British actor as well as a rapper and songwriter. He is best known for his star role in Bullet Boy, his leading role in Top Boy and his role in Die Trying.

Ashley Walters was born on 30th June 1982 in Peckham, London. As of June 2020, he is 37 years old. He was born to Jamaican parents and was raised solely by his mother, Pamela Case because his father was absent throughout his life.

Walters spent his childhood days in London. His ethnicity is Jamaican.

Talking about his educational background, he attended St. Georges’s CE Primary school in Camberwell and after that transferred to Pimlico school, currently known as Pimlico Academy. He had an interest in acting since he was a child, and that is evident due to his minor roles on television as a kid. So, he attended Sylvia Young Theatre School after Pimlico.

Ashley officially started his music career when he joined the group So Solid Crew, where he performed and acted as lyricist under the stage name Asher D. A standout track; 21 seconds; in which Ashley performed as their lyricist went on to become the group’s number-one hit.

After the group separated in 2006, he began working solo and recorded In Memory of the Street Fighter. In 2008, he released a studio album entitled The Appetiser, and just back in 2012, he signed a recording contract under the label of SK records. He has released a couple of singles after that but his major focus seems to be on his acting career.

Ashley first appeared on television at the young age of 10 in The Young Indiana Jones Chronicles, and also in a handful of other movies at the ages of 14, 22, and 23. His role as Ricky in the 2004 film Bullet Boy got him named the Best Newcomer at the British Independent Film Awards.

After this, he acted in a lot of movies, and television series and even performed on stage in The Royal National Theatre and Royal Court Theatre. Some notable movies and tv series he starred in include Stormbreaker, Demons Never Die, Doctor Who, Top Boy, and Inside Men. Just in 2017, he received THe British Film Festival Honorary Award for 25 years of outstanding contribution to television and film.

Ashley stands at a height of 5 feet 8 inches and weighs approximately 75 kg. He has short black hair and dark brown eyes.

As of 2022, Ashley Walters’ net worth is estimated at around $3 million U.S. dollars. His annual salary is unknown but an average actor in the U.K. makes around 25k – 48k GBP (British pound sterling) annually.

Ashley Walters is active on Instagram and Twitter where he has a loyal following due to his contributions in the Film as well as Music Industry.  He has a following of 127.9k on Twitter and around 508k on Instagram.

You may also like to read the Bio, Career, Body Measurements, Net Worth, Social Media, Relationships, and more about Troy Polamalu, Jerramy Stevens, Jordan Rodgers,  and more.