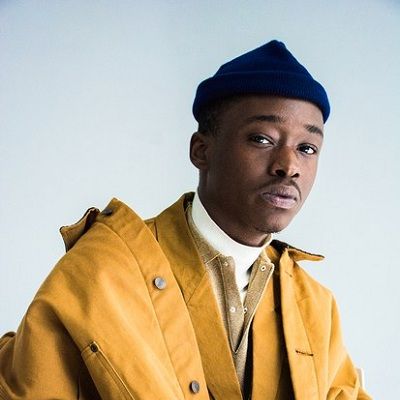 I think it's cool to be different. That's what cool is

I'm getting the training I need to progress as an actor. If something comes up and I have to drop, I'll drop

Ashton Sanders is a Charming person. His girlfriend is Kvmvni. Ashton had at least 1 relationship in the past. He has not been previously engaged.

Who is Ashton Sanders?

Ashton Durrand Sanders is an American actor. He is widely known for Award-winning film Moonlight (2016).

Sanders is 23 years old. He was born on October 24, 1995, in Carson, California, the U.S. His nationality is American. and ethnicity is African-American. There is no information about his father, mother, and siblings.

In 2013, he attended NC north Pitt Grand Arts High School in Downtown Los Angeles, from which he graduated.

Before dropping out in 2016 to focus on his acting career, he was studying towards a BFA at the Theatre School at DePaul University. There is no more information about his Education, School/College University.

Sanders made his film debut directed by Chris Eskain The Retrieval. On March 11, 2013, the film had its world premiere at South by Southwestern. It was released by Variance Films in a limited release on April 2, 2014. Sanders had a small role in Straight Outta Compton, in 2015.

He appeared in an episode of Refinery29’s web series The Skinny in 2016. The same year, Sanders appeared in the drama film directed by Barry Jenkins, in Moonlight. On September 2, 2016, the film had its world premiere at the Telluride Film Festival and began a limited release on October 21, 2016, by A24.

Furthermore, Moonlight received dozens of accolades, including the Golden Globe Award for Best Picture – Drama as well as massive critical acclaim. The film also won three Academy Awards for Best Picture, Best Adapted Screenplay, and Best Supporting Actor for Mahershala Ali. His role in the film was praised by critics, Benjamin Lee of The Guardian called his performance “powerful”.

He co-starred a sequel to the hit action film The Equalizer, opposite Denzel Washington in The Equalizer 2. Sanders starred in Rupert Wyatt’s science fiction thriller film Captive State, opposite John Goodman and Vera Farmiga in 2019. He also played the lead of the novel Native Son in HBO’s adaptation.

In 2016, he wins a Special Honorary Award in Moonlight (2016), ACCA award in Best Cast Ensemble Moonlight (2016). He was nominated in Black Reel for outstanding supporting actor as well as outstanding breakthrough performance in 2017.  In 2018, he wins the CinEuphoria Awards.

Moreover, he was nominated in the Black Reel Award for Outstanding Actor, TV Movie/Limited Series in 2019.

Ashton summons the net worth of his career as an American actor. Payscale informed that the actor earns the average salary of $50,249 per year and their annual payrolls range from $19,048 to $222,370. He arose as Kid in 2015 movie Straight Outta Compton. The majority of Ashton’s money comes from being a movie actor. Sanders’s estimated net worth is $2.5 Billion.

Many of the gay rumors surrounding Sanders (Moonlight, The Retrieval) seem to be tied to his obsessive concentration to his body, like most actors. However, the poll submits that a big majority (53%) of fans don’t care about his sexual orientation.

Ashton stands at the height of 6 feet and his weight is 76 kg. He has black hair and Light brown eyes. His body measurements are 39-32-14 inches.