Asifa Mirza is a reality TV personality and a former model who appeared in 'Shah’s of Sunset'. She is currently single. 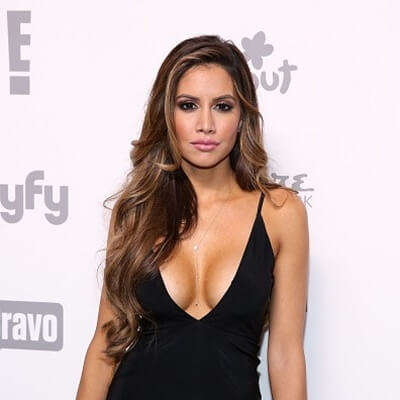 What is the relationship of Asifa Mirza?

She has, however, been in an on-and-off relationship with Bobby Panahi for around 10 years. The couple has been married to each other, got divorced, and been in relationships again and again.

They dated for several years before getting married. However, after around a year, they divorced. Since then, they have been an on-and-off thing. The couple appeared in Shah’s of Sunset and Marriage Boot Camp together.

Mirza blames Bobby for their relationship problems and says he can’t stay committed and lives a playboy lifestyle.

Also, she has accused him of cheating and trying to cheat a number of times. Asifa wants a proposal again whereas Bobby is not sure. The pair are not in a relationship as of now.

Who is Asifa Mirza?

Asifa Mirza is an American reality TV personality and a former model.

She became well-known for her appearance in ‘Shah’s of Sunset’ which aired on the Bravo channel.

As of 2022, her age is 39. She has not revealed her parents. Also, there is no information regarding her siblings and other family members. She spent her childhood days in San Mateo, California.

Her ethnicity is half Persian and half Indian.

Talking about her education. she attended the University of California, Los Angeles. She graduated in 2005.

Asifa Mirza was working as a VP of Marketing when she was in graduate school before she made appearances on Shahs of Sunset.

Also, she is the Vice President of Marketing and Sales for VCorp Services.

It is a company that prepares and sends out business documents for other smaller companies.

Prior to that, she has also worked for businesses including ‘SEMA’, ‘PriceGrabber.com’, ‘HELM360’, and ‘JP Morgan-Chase’. She describes herself as a VP – Anti-aging expert, TV Personality, Entrepreneur, Blogger, and Philanthropist in her Twitter bio.

Asifa was also active on YouTube. She has around 235 subscribers on her channel. She had posted two videos a year ago and both of them have around 1k views each. OK! Magazine gave her the title of ‘Best Hair’.

She became popular and earned fame after making an appearance in season 4 of the reality TV show, Shah’s of Sunset. Mirza appeared with her boyfriend, Bobby Panahi on the show. She also appeared in ‘Marriage Boot Camp‘ with Panahi.

Asifa Mirza has an estimated net worth of around $2 million as of 2022.

There is no information regarding her salary.

Mirza has been in an on-and-off relationship with Bobby Panahi.

There have been rumors regarding their split and getting back together. Also, there were rumors that Bobby cheated on her.

She has an attractive curvy body and has revealed that she does exercises daily to maintain her shape throughout the year.