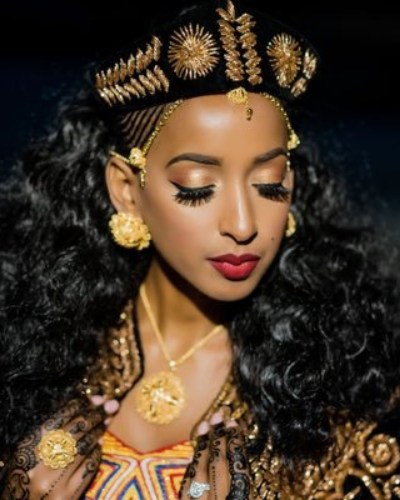 Askale Davis is the TV personality known for appearing in the show The Real Housewives of Potomac. On 25th July on the 3rd episode of the 6th season, Askale was introduced as a new friend of Robyn Dixon to Wendy Osefo. Askale stirred some tea just after entering the show as she asked Karen Huger that there was a comment about her drinking heavily.

Karen did not waste a second and responded to her,

“Let me clear up one thing. I think it’s very reckless to say that someone’s an alcoholic.”

Who is Askale Davis married to?

Askale Davis is married to Dre Davis with whom she has two children Jonas and Ava. Dre also has other kids from previous relationships. She was the type of person who would date a man with kids but things changed when she met him. The couple met each other in 2015 and they walked down the aisle soon.

Her husband Dre would be architecting the celebrity and influencer creator culture on the platform with his 20 years of music industry experience and talent management. He revealed,

“I’m excited to be joining the Fanbase team and dive into the incredible work we’re starting this year. Disparities in the social media landscape are nothing new, but my hope is through Fanbase we innovate new ways that reverse the systemic problems many of these young creators, especially Black creators, face every day with monetization.”

Also read When are Wells Adams and Sarah Hyland getting married?

Askale once shared a picture of the couple from 2015 and now holding their children in the ‘now’. She wrote,

“I can’t believe it’s been six whole years since Drè and I started dating. I still remember the picture on the left like it was yesterday. Drè had a few days off in between his tour dates, so he flew in to take me out. We ended up missing our restaurant reservations, so we decided to hit up a local late night restaurant for dinner.”

Askale is close with Dre’s other children Bleu and River and she feels they have been a blessing to their life. They have a blended family whom she is grateful for.

Also read John Corbett and Bo Derek are officially married! Find out when

Alexia Echevarria is grieving the death of her mother on her wedding day with Todd Nepola!
Tags : The Real Housewives of Potomac TV Personality