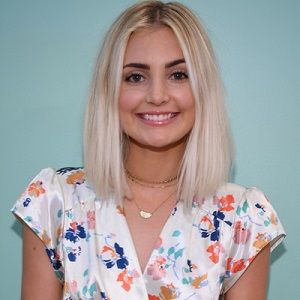 What is the relationship of Aspyn Ovard?

Aspyn Ovard is a married woman. She tied the knot with her longtime boyfriend Parker Ferris after dating him for a long time. They exchanged their vows on October 23, 2015.

This couple is blessed with a daughter in Aug 2019. They named their child Cove.

Since their wedding, they have maintained a perfect relationship with them and have never been involved in any affairs.

Who is Aspyn Ovard?

Furthermore, she is also a social media star with almost 2.2 million followers on Instagram and more than 627.6k followers on Twitter.

Currently, she runs two YouTube channels on which she has over 3.39 million and 2.9 million subscribers on ‘Aspyn Ovard‘ and ‘Aspyn and Parker’ channels respectively.

Aspyn was born on April 15, 1996, in Utah, United States of America. Talking about her nationality, she is American and her ethnicity is unknown. Her mother’s name is Cherlann Baldesarra and her father’s name is Tulio Baldesarra.

Furthermore, she has three siblings a younger sister Avery Elle and two younger brothers Tav and Trey. Since her childhood, she had a keen interest in makeup and fashion.

Aspyn began her career as a YouTuber on August 28, 2010, when she first created her solo channel. Since then, she has been posting various makeup and beauty videos on her channel.

A year later, Aspyn along with her husband Parker opened another YouTube channel named Aspyn and Parker which has now crossed 1.7 million subscribers.

So far, she has also documented many vlogs relating to travel where she has explored many cities including New York City, Chicago, and Los Angeles.

Whereas, her joint YouTube channel with her husband Parker has also amassed over 255 million views.

Some of the most famous videos on their channel include Rose Gold iPhone 6s Unboxing, Aspyn and Parker Wedding Special, My New House, and I Got A Nose Job.

Being a successful YouTuber, she earns a handsome amount of money from her profession. As per 2022’s data, she has a net worth of $1 million. However, her exact salary is unknown.

Is Aspyn Ovard involved in any rumors and controversies?

As she has full focus on her work, Aspyn has never been involved in any controversial stuff.

What are the body measurements of Aspyn Ovard?

Aspyn Ovard has a height of 5 feet 5 inches and her weight is 51 kg. Furthermore, she has a pair of gorgeous blue eyes and blonde hair.